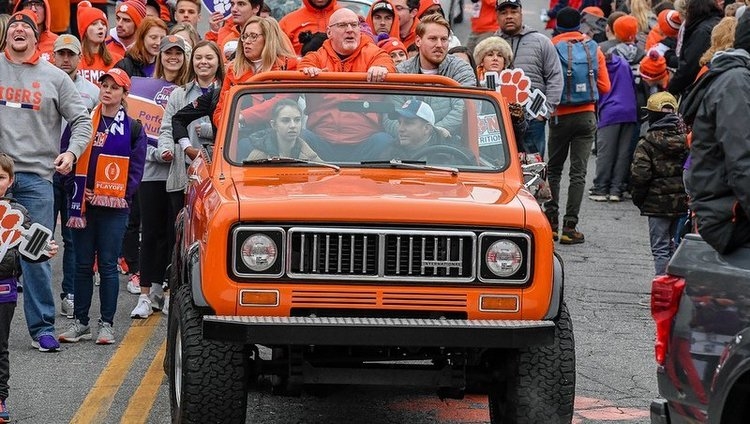 Batson is the Director of Football Strength, Speed & Conditioning at Clemson

Batson, a 1979 graduate of Travelers Rest High School, was a three-year, two-way starter for the Devildog football team as a tight end and defensive end. He earned three varsity letters for the Devildogs beginning as a sophomore in 1976, and during the 1977 season, he was an integral part of a squad that won the Peach Blossom Conference II Championship and earned a spot in the 3A State Football Playoffs.

In 1978, Batson was named Greenville News Piedmont Player of the Week after a 22-0 upset victory over Woodmont High School, producing 11 total tackles (seven solo) including one for a safety in the contest. He was an all-conference selection in 1977 and 1978 in addition to being named to the 1977 All-State team as well as the 1978 All-Greenville County team.

Batson also played basketball for the junior varsity Devildogs as a freshman and was a member of the Devildog track team in 1977 and 1979, when he participated in sprinting and throwing events.

Unsurprisingly, strength training and conditioning was an area in which Batson excelled in high school. He made history in 1975 as part of the first group in the school’s history to be part of a formal weightlifting program. He went on to be one of the elite drug-free powerlifters in the nation, placing in the top five in national meets in California and Illinois.

Batson pursued a career in strength and conditioning, completing stints at Bowling Green, South Carolina and Furman prior to his tenure at Clemson, where he just completed his 23rd season. In addition to earning numerous professional awards including National Strength Coach of the Year in 2009, he serves on the Board of Directors for the Collegiate Strength & Conditioning Association and holds its highest distinction as a Master Strength Coach.

As Director of Football Strength, Speed & Conditioning, Batson has helped usher in an era of unprecedented success at Clemson, most recently helping the Tigers to the last five ACC Championships as well as national championships during the 2016 and 2018 seasons. At the conclusion of the decade of the 2010s, his strength program had helped produce 90 NFL Draft picks and helped Clemson players garner more than 190 All-ACC honors in his tenure.

Batson joins his father, Billy Joe Batson, as the first father and son duo to be inducted into the Travelers Rest High School Athletic Hall of Fame.

#Clemson Strength & Conditioning coach Joey Batson was inducted into the #TravelersRest High Hall of Fame tonight. Batson was a two-way starter for @DdogFootball in the late 70’s. His dad Billy Joe, is also in the HOF. @ClemsonFB @foxcarolinanews pic.twitter.com/xHC0XIM6VY