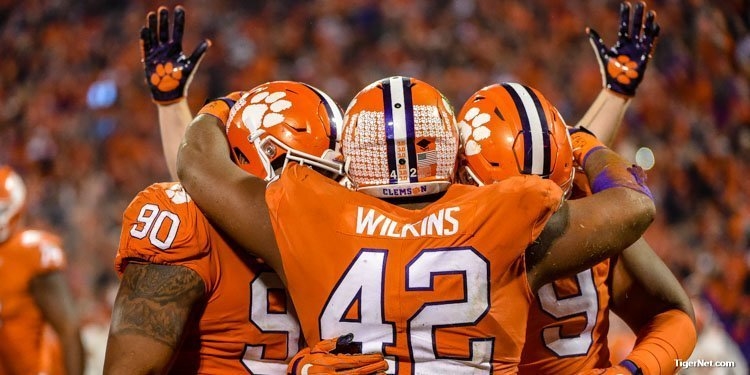 Clemson gained 744 yards against the Gamecocks last season including a rushing TD by Christian Wilkins.

"I told the board of trustees, and I just told the students, whatever team beats Clemson, whether it's the debate team, whether it's a club team or whether it's the football team, they're invited to my house for an ice cream sundae social," Caslen said at his introductory press conference on Monday.

Last season Clemson defeated South Carolina 56-35 in football for its fifth consecutive win over the Gamecocks. Clemson’s 744 yards were its most against South Carolina in series history, surpassing the 622 yards gained by Clemson in the 2016 contest.