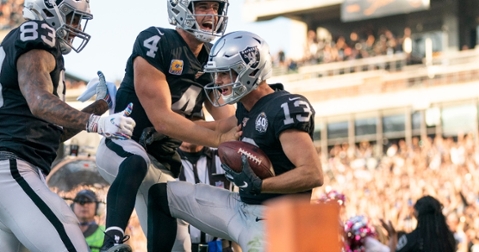 His head coach Jon Gruden gave an update on the injury timeframe with Renfrow.

“We’re very hopeful that he could return, maybe for the last game or two,” said Gruden. “We’re going to keep him where he is on the active roster. We’re gonna try to do without him for another game or two and hopefully get him back for the Charger game. That’s our wish list, hope list right now for Hunter. We miss him.”

It appears that if the Raiders are still in a playoff possibility, then Renfrow might be back for the Chargers game. If they aren't, it's conceivable that they don't try to rush him back this season.

Renfrow has 36 catches for 396 yards and two touchdowns in his rookie season.

He was a fifth-round selection for the Raiders in April's NFL draft.