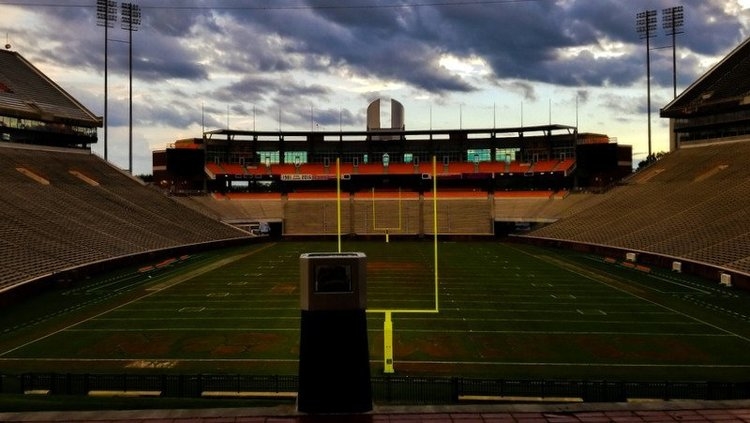 Howard's Rock is no common rock.

Sports Illustrated released their top college traditions of all-time and Clemson's Howard Rock was ranked No. 2 on the list behind only Oklahoma's Sooner Schooner.

"Originally from Death Valley, Calif., Howard’s Rock is a piece of white flint that was given to longtime coach Frank Howard in the 1960s," SI.com said. "The team started rubbing the Rock for the first game of 1967, a 23-6 win over Wake Forest, and it still sits on a pedestal overlooking Clemson's Memorial Stadium. There may be no better pregame buildup in college football as when the Tigers take a bus from their locker room and around the stadium, just to touch Howard’s Rock and run down into their own “Death Valley.”

It is hard to take this list seriously with Miami's turnover chain included but I guess its a fun sideline prop.