Good news is something we all could use a little more of right now.

So we thought we would take some inspiration from (aka rip off) John Krasinski's Some Good News and highlight some of the good news we have found around the Clemson family.

Without further ado away we go. We hope we can bring a smile to your face in these difficult times.

* What is better good news than a new baby? Angela had a baby boy a week ago and was told no visitors could come to see her and the baby, not even his new big sisters. That didn't stop Angela's family from sending a message from the parking lot. No. I'm not crying. I have bad allergies. 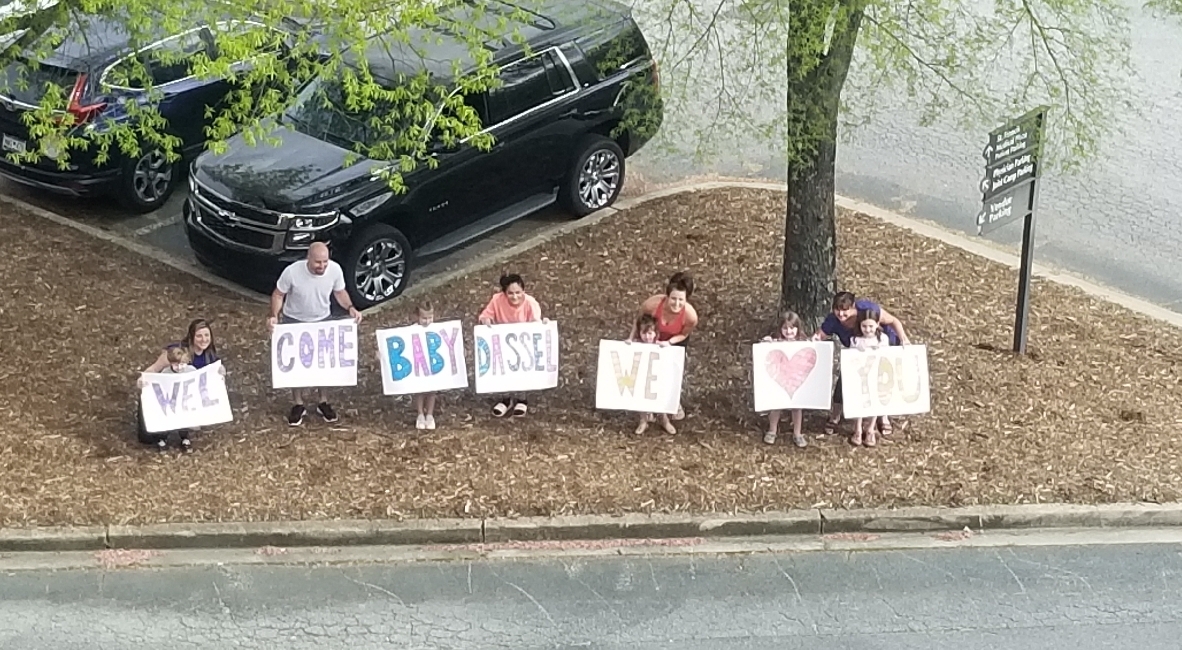 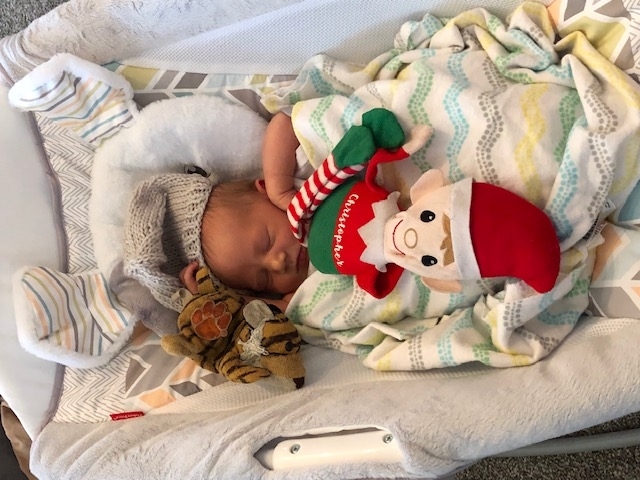 *Courtney sent in this video of her 18-month-old baby who goes wild every time Clemson football is on television. We know the feeling. There are going to be a lot of grown men with the same reaction when sports return.

*If you are like me you ate all your quarantine snacks in the first 48 hours and have been parked on the couch watching the Tiger King. (Speaking of that, there is some good news for all you cool cats and kittens. I hear there is a new Tiger King episode coming soon.) However, six-year-old and Clemson fan Charlie is not like most people. She did a 14-day challenge to work on her basketball skills—paging Amanda Butler.

*Catherine '00 sent in some of the artwork from her son, Josiah. He is in the 8th grade and entered his art into the National PTA Reflections contest with the theme of "Look Within" and the title of his piece was "The Tiger Within". Being a huge Clemson fan, he drew a picture of Deshaun Watson with a tiger coming from within him. His piece won 1st place at the city level in the middle school division and is now competing at the state level. You can check out more of his artwork on his Instagram account. I entered some artwork in a contest once. Apparently, stickmen are not considered art by so-called judges.

* Speaking of artwork check out this painting that Linda sent in that her grandson painted of her dog Brutus in his Clemson bandana waiting on the Clemson game to start. Me too, Brutus. Me too.

*Patrick and Christine were married on March 21. They had to cancel their honeymoon to Italy and all their wedding plans. However, they still got married in their backyard with their children present. They said it was the most beautiful wedding ever. Congrats to the happy couple! For some reason, even though I have nothing to do, I can't find the time to cut the grass in my backyard, much less hold a wedding there. 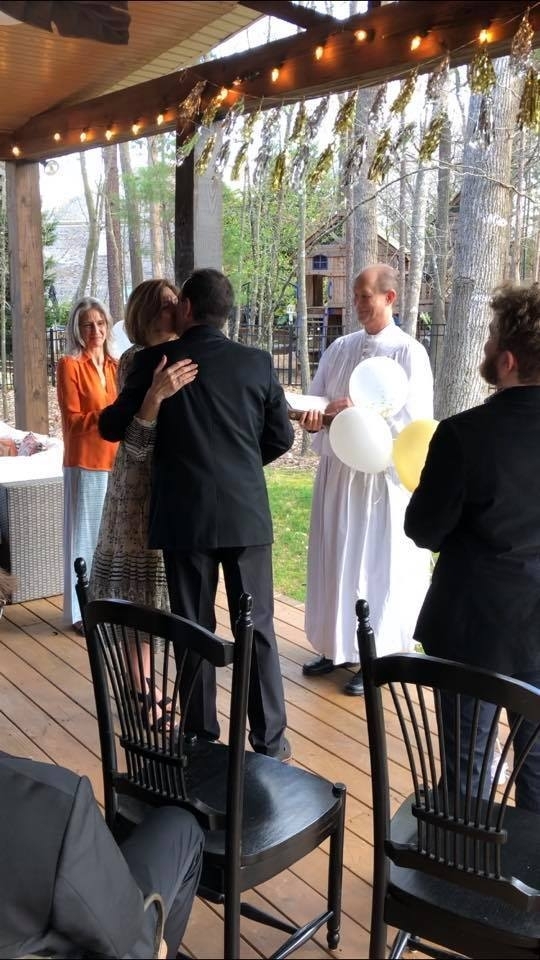 *Deidre enjoyed a virtual tailgate on April 4 with Clemson friends. Instead of the spring game, they put on the National Championship and enjoyed the time together. What's the world record for people on Zoom? Can we do this with 80,000 people? Thanks so much to everyone who sent us your good news. We were not able to use them all, but hopefully, we will have another edition very soon. If you have some good news to share, email us at webmaster@tigernet.com.