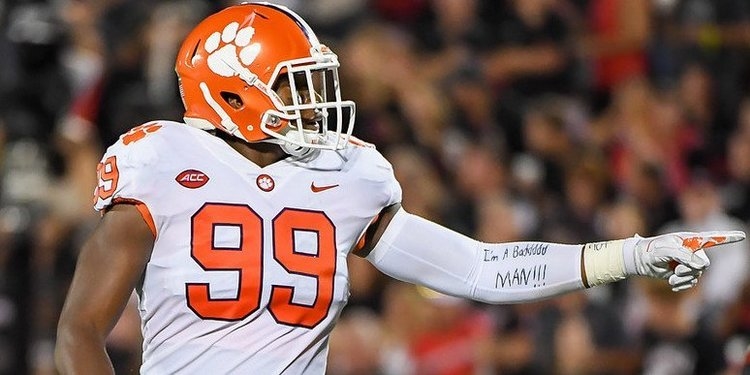 NFL.com's Daniel Jeremiah released his 2019 NFL Mock Draft 1.0 and had four talented Clemson defenders listed in the first round.

Defensive end Clelin Ferrell was projected to the Green Bay Packers at pick No. 12 overall.

"Ferrell is an overachiever with excellent production and effort. The Packers need to add some punch to their edge rush," NFL.com said.

Defensive tackle Christian Wilkins was projected to the Philadelphia Eagles at pick No. 25.

"This would be the steal of the draft for the Eagles," NFL.com said. "Wilkins is a top-10 talent."

Cornerback Trayvon Mullen was predicted to the Oakland Raiders at pick No. 27.

"It would be a surprise if the Raiders used all three of their first-round picks on defensive players, but it might be wise to fix one side of the ball before addressing the other," NFL.com said.

Mullen had 36 tackles including four tackles for loss, two sacks, three pass breakups, and an interception this past season.

Defensive tackle Dexter Lawrence was predicted No. 30 overall to the Los Angeles Rams.

"The Rams might need someone to replace Ndamukong Suh, who's due to become a free agent this offseason," NFL.com said. "Lawrence has a very similar skill set and playing style."