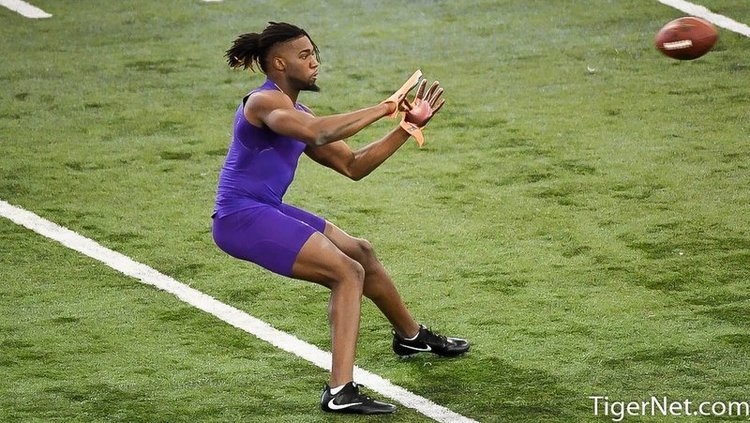 It's not been an easy start to Deon Cain's pro career.

Cain caught four passes for 52 yards over seven games (three starts) for the Colts this season. He was on the injured reserve list last year after suffering an injury in training camp. He was a sixth-round selection by the Colts in 2018.

“He just wants me to key in, lock in and take this game serious,” Cain told an Indianapolis radio station his GM Chris Ballard shared with him. “It’s the National Football League. A lot of talent comes and goes. Put my head down and work, and rise up and be the type of person that he wants me to be.”

Cain was caught off guard by the release.

"Nobody expects the (worst). But at the end of the day, I’m here and I still get another opportunity to showcase what I can do," Cain told the outlet. "I want to fight for my spot back and really earn my respect and trust from my teammates to let them know that I can fight for them. I already know what I have to do, is put my head down, keep coming to work everyday and show these guys.”

Sensabaugh had played in four games this season and posted two tackles. He was on his fifth team in an eight-year pro career after starting out with the Tennessee Titans in 2012.