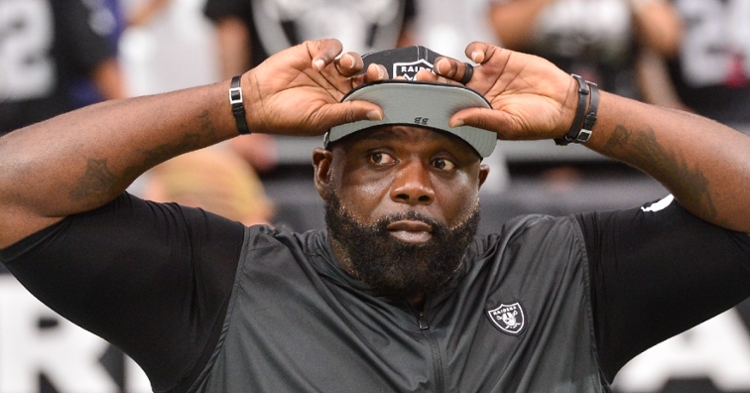 Buckner has been around for much of his time since leaving Clemson. (Photo: Mark Kartozian / USATODAY)

Former All-ACC Clemson defensive lineman Brentson Buckner is returning to coach for the Arizona Cardinals, he confirmed on social media after reports Wednesday.

Buckner is a defensive line coach and held that position for a season with fellow former Tiger Clelin Ferrell last year with the Oakland Raiders. Raiders coach Jon Gruden made a surprising move to replace Buckner after the group made improvements year-to-year, opting to bring in former coaching colleague Rod Marinelli.

Buckner coached with the Cardinals from 2013-17 and also spent one season with the Tampa Bay Bucs (2018).

He played in the NFL from 1994-2005 with stints for the Pittsburgh Steelers, Cincinnati Bengals, San Francisco 49ers and Carolina Panthers.

#RedSea LETS RUN IT BACK! pic.twitter.com/NvdApjK4Fv