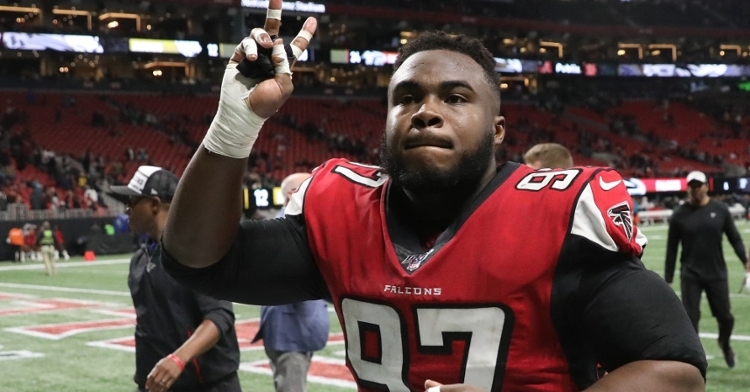 Former star Clemson defensive tackle Grady Jarrett joined the group of former Tigers giving back to their community in this tough time.

Jarrett is providing meals for first responders, in Atlanta and his hometown area of Rockdale County, twice a week for the whole month of April per Fox 5 Atlanta.

"I feel like it’s part of my duty being a big face in the city and being from Rockdale County, I’m going to always try and serve where I can, especially in times of need,” Jarrett told the TV outlet.

Jarrett was a 2018 nominee for the Walter Payton Man of the Year award in the NFL, for his work with the Falcons' social-justice initiative and the Promise Center and Thomasville Heights Boys & Girls Club.