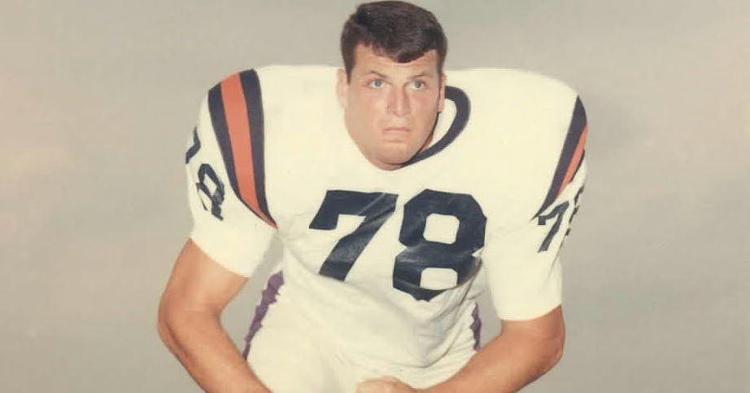 Mass was one of three former Clemson football players to pass away over the Fourth of July holiday weekend. Tyshon Dye, a reserve on Clemson’s 2016 National Championship team died in a swimming accident on July 4th and Dr. Randy Smith, starting center on Clemson’s 1965 ACC Championship team, died after a long fight against cancer on July 6.

Mass was a starter as a sophomore on the offensive line with senior center Smith during Clemson’s 1965 season. Mass started every game (30) at offensive tackle during the 1965, 1966 and 1967 seasons. Clemson won the ACC Championship every year, making Mass one of just three offensive tackles to start on three ACC Championship teams in Clemson history. The others are Jeff Nunamacher (1986-88) and Mitch Hyatt (2015-18).

The former Edmunds High School (Sumter, SC) product played in the East-West All-Star Game and the Hula Bowl after his senior year. On January 30, 1968, Mass was the fourth-round selection of the Chicago Bears. He played for the Bears organization from 1968-70, then played with the Miami Dolphins in 1971. He played for the New England Patriots and the Philadelphia Eagles in 1972 before he retired.

Overall, Mass played 59 NFL games in his five years in the league. He was inducted into the Clemson Athletic Hall of Fame in 1993.

After his playing career, Mass went into the commercial real estate business where he had a successful resume for many years before retiring to Colorado over a decade ago.