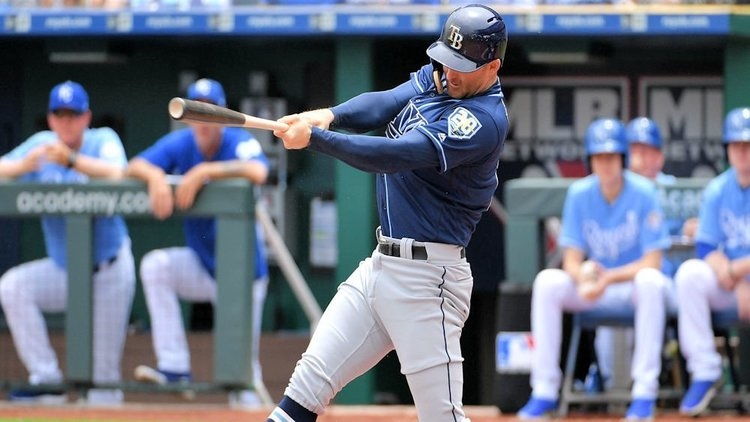 Miller was most recently acquired by the New York Yankees and is playing with Scranton/Wilkes-Barre in AAA. (USA TODAY Sports-Denny Medley)

CLEMSON, S.C. - IPTAY announced that MLB player Brad Miller has made a significant gift to the Clemson baseball program. His gift will help fund the renovation of the player-development facility at Doug Kingsmore Stadium, specifically the instruction and technology for hitting.

“It is an honor for me to be able to give back to Clemson baseball, the program that helped me develop as a person and player,” said Miller, who has already played in his seventh MLB season and first with the Cleveland Indians in 2019. “I hope my gift to the player-development facility, specifically for hitting instruction and technology, will have an impact on all current and future Clemson baseball student-athletes.

“It is important to me that anyone who makes the commitment to attend Clemson University as a baseball player has the resources necessary to compete at the highest level at Clemson and the same opportunity I have had to pursue the dream of being a professional baseball player.”

“Our program is very appreciative and thankful for the generous gift Brad Miller has given to our program,” said Head Coach Monte Lee. “I’ve gotten to know Brad in recent years, and the tremendous pride he has in Clemson University and the baseball program shows every time I speak with him.

“We’ve created a culture here that includes all former players in every aspect of the program. Those former players, from the lettermen who have gone on to success in the business world to the current major league players like Brad, play a big part in the success of Clemson baseball. We can’t thank Brad enough for his gift that will go a long way to help fund our new hitting facility.”

In 2011, Miller was drafted in the second round (No. 62 overall pick) by the Seattle Mariners. During that season, he was a team co-captain who won the Brooks Wallace Shortstop-of-the-Year Award. He was also a semifinalist for the Golden Spikes Award and Dick Howser Trophy along with earning first-team All-America honors by ABCA, Baseball America and Collegiate Baseball. He was named ACC Player-of-the-Year, Clemson’s first since 2002 (Khalil Greene), after hitting a team-high .395 with five home runs, a .498 on-base percentage and 21 steals in 56 games.

In seven MLB seasons with the Mariners, Rays, Brewers and Indians, Miller has totaled 106 doubles, 25 triples, 76 home runs, 272 RBIs, 273 runs and 34 steals in 693 games. He was recently acquired by the New York Yankees organization.

“IPTAY is honored that Brad has invested in the future of Clemson baseball,” said Bob Mahony, executive director of Block C Club. “His decision to attend Clemson and now give back leaves a legacy that will impact the development of current and future student-athletes and hopefully encourage others to follow his example. We appreciate that Brad and his family have stayed connected to Clemson and have the passion to help provide the best resources and opportunities for the future.”