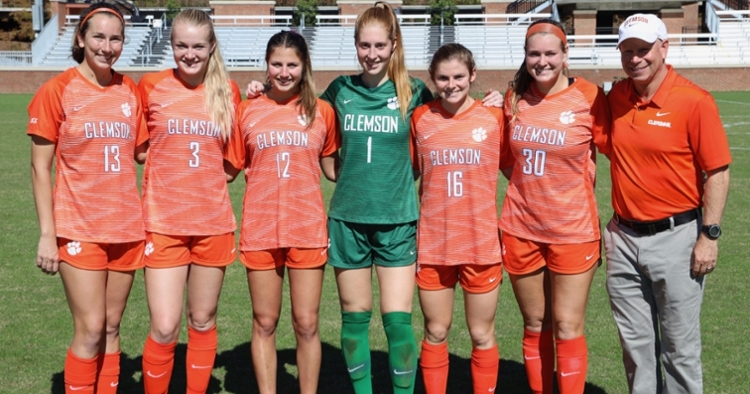 Despite a hard fought match, the Florida State Seminoles came out victorious on their home field in the ACC Championship Quarterfinals after a 2-1 decision over the Tigers. The two-seeded Florida State will go on to face the winner of the Virginia and Duke matchup set for 5 p.m. tonight.

Play remained quiet for much of the first half, with the Tigers registering the only shot through the first 15 minutes. However, a corner kick opportunity for the Seminoles in the 17th minute gave them the early lead after Deyna Castellanos sent a curving ball into the far side of the net from the corner marker. Florida State would take the 1-0 lead into the locker room following the first 45 minutes.

With nearly 20 minutes of the second half expired, the Tigers took control of the attacking front. In the 63rd minute, Renee Guion fed a long ball into the box which was quickly redirected by Mackenzie Smith to Lauren Bruns. Bruns fired a shot to the top right corner of the net to register her first collegiate goal. The game-tying strike would also mean that all five freshmen field players on the 2019 roster scored their first collegiate goal this season.

Regardless of the momentum swinging into the Tigers’ favor, the Seminoles regained the lead after a set piece chance in the 77th minute. Castellanos placed a ball into the far right of the box that was met by the head of Jaelin Howell. Time would run out before the Tigers could find the equalizer.

“We felt like our game plan was working so we just talked about trusting it more at halftime. We needed to take better care of the ball and hop on opportunities when they happen. I’m leaving the field here today proud of what the kids did - they came out and competed against a very good team and that’s all you can ask.”

With an expected NCAA Tournament bid on the horizon, the Tigers will learn their fate on November 11 during the selection show. Competition is set for November 15-17 with thirty-two, two-team First Round games being held at non-predetermined campus sites. The winning team of each game will advance to the Second Round.

Rounding out the freshmen scoring this season, Lauren Bruns found the back of the net for her first collegiate goal! pic.twitter.com/p5BSZpbQMH

?? Highlights from today's 2-1 victory over Clemson.

On to the next one. ???? pic.twitter.com/abopLw5xXM