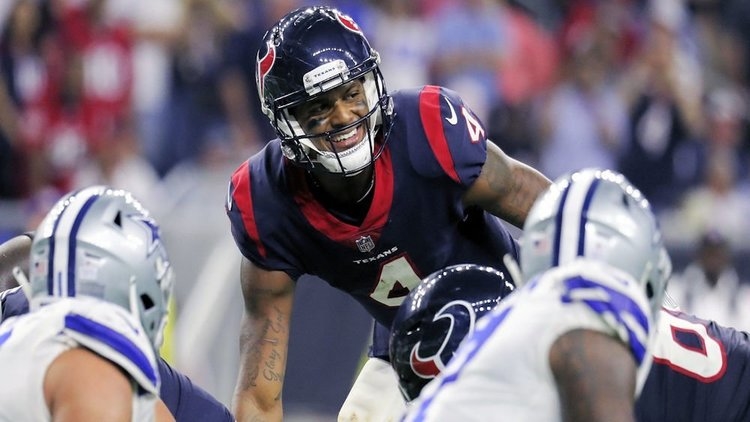 Watson slipped just outside of the top-50 in this year's ranking. (USA TODAY Sports-Kevin Jairaj)

Former Clemson quarterback Deshaun Watson checked in at No. 51 on the NFL's top-100 players list this week.

“People, with Deshaun Watson, you people - and players - have got to wake up...watch more film," Cowherd said. "Deshaun is the most underrated player in the league right now...Watson came in and inherited the worst offensive line in the NFL, marginal to below average tight ends, they don’t have any running backs of note, and he has one great receiver… Who is hard to throw to when you’re always on your arse and running for your life.”

As of Tuesday afternoon, the ranking, which is voted on by the players, was up to 21st overall, with former Tiger DeAndre Hopkins sure to move up from a No. 19 ranking in 2018. Watson ranks fifth of the QBs ranked so far, trailing Russell Wilson (25), Jared Goff (32), Ben Roethlisberger (44) and Baker Mayfield (50).