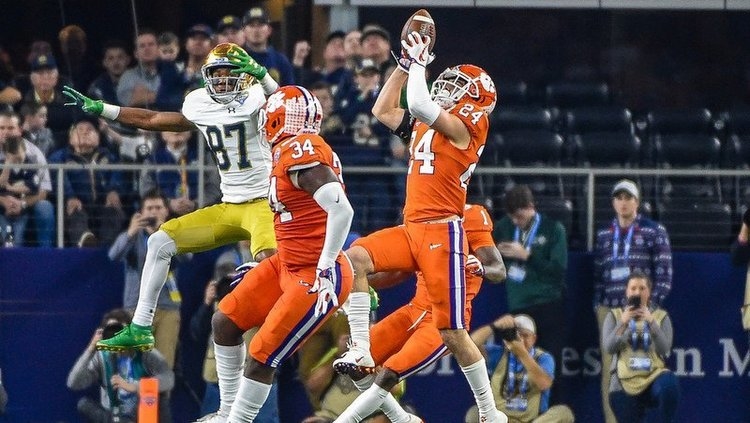 Who will Clemson play in the ACC Championship this December? Two main candidates have emerged.

The ACC media vote is set to be unveiled Friday but FOX Sports got theirs in already for the top-5 in the conference -- all picking Clemson at No. 1.

Former Ohio State and Florida coach Urban Meyer has Notre Dame as the next-best, followed by UNC, Miami and Louisville.

Heisman winner and former USC standout Reggie Bush and FOX studio host Rob Stone have UNC as the ACC's No. 2, with Bush slotting Notre Dame behind Miami in fourth.

There’s no mystery who everyone thinks the top team in the @ACCFootball is...

But whose top 5 list do you agree with the most? ?? pic.twitter.com/nbysivfHdv

"I am all in on the Notre Dame bandwagon... at the end of the day I really believe Clemson and Notre Dame will be standing tall in the playoffs."@CoachUrbanMeyer has high expectations for @NDFootball this season ?? pic.twitter.com/3KgfK7Y0JD

"What you don't know until you get him into your locker room is what a special person he is... You want that guy on your team."@CanesFootball head coach @Coach_MannyDiaz has nothing but high praise for @DeriqKing_ headed into the season ?? pic.twitter.com/LlG7NneKOC