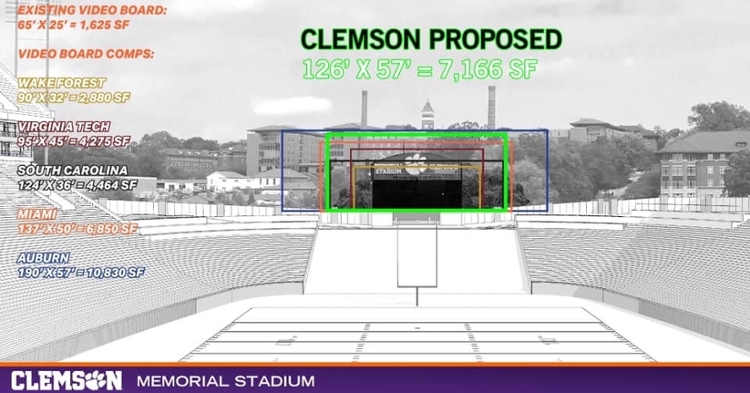 New videoboard will be over 4 times larger

Clemson's Board of Trustees is set to vote on an estimated $68.7 million worth of stadium improvements for Death Valley, which will be targeted to be completed by summer 2021.

On the proposed agenda are a videoboard that's set to over quadruple in size on the East end zone, improvements to the sound system and lighting, additional premium and regular seating areas that would increase the capacity of Memorial Stadium to 83,350 and football locker room renovations.

Check out proposed designs and more details below (not final renderings): 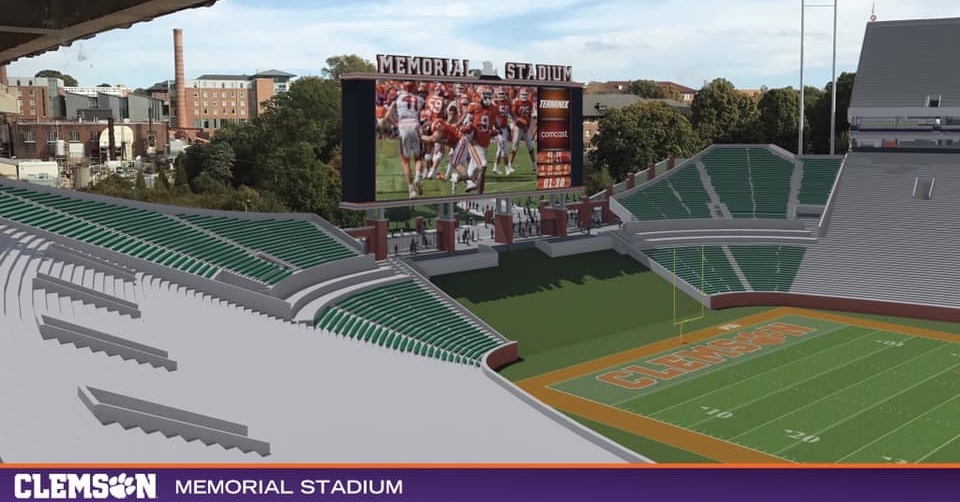 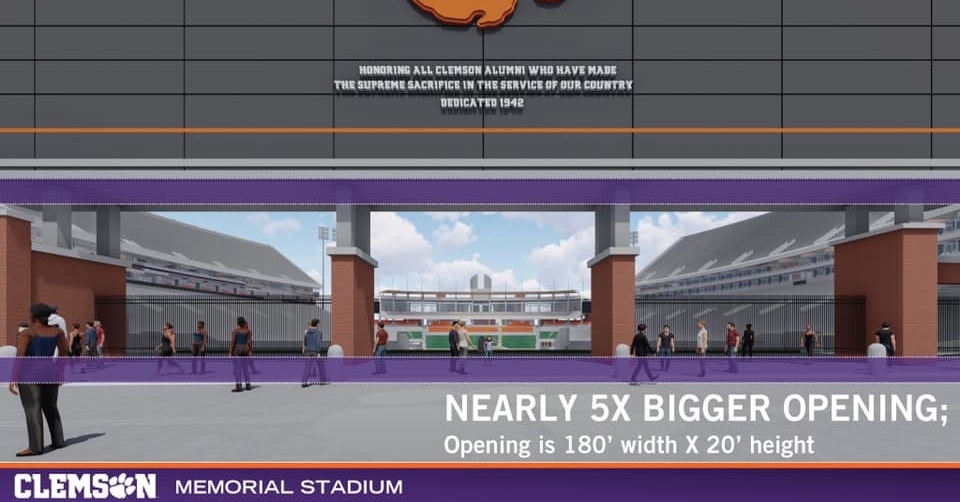 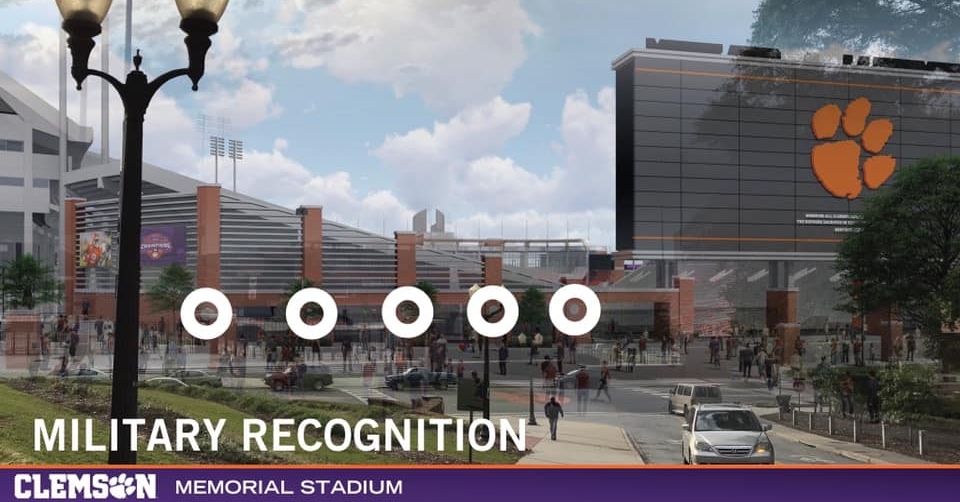 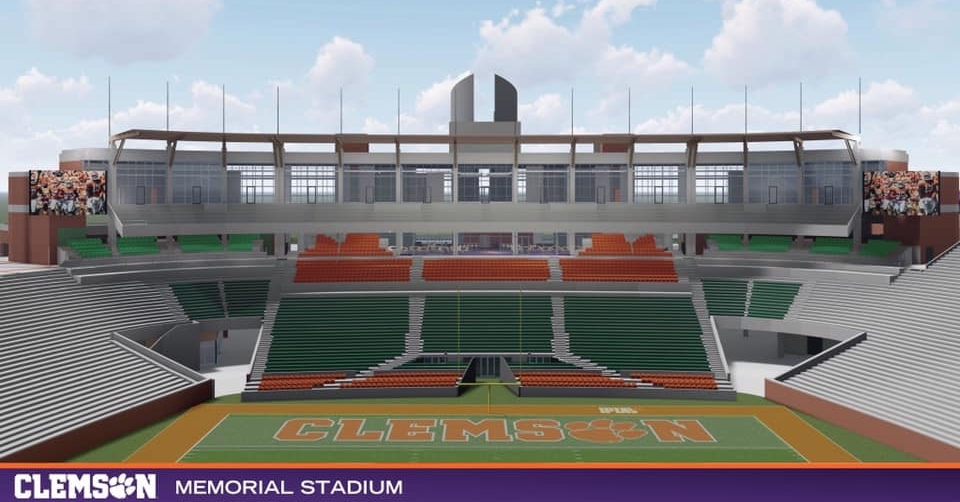 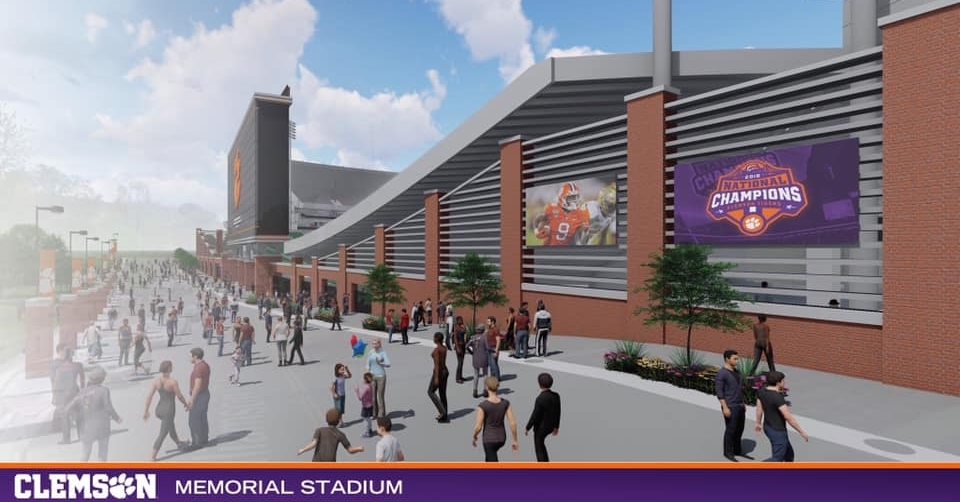 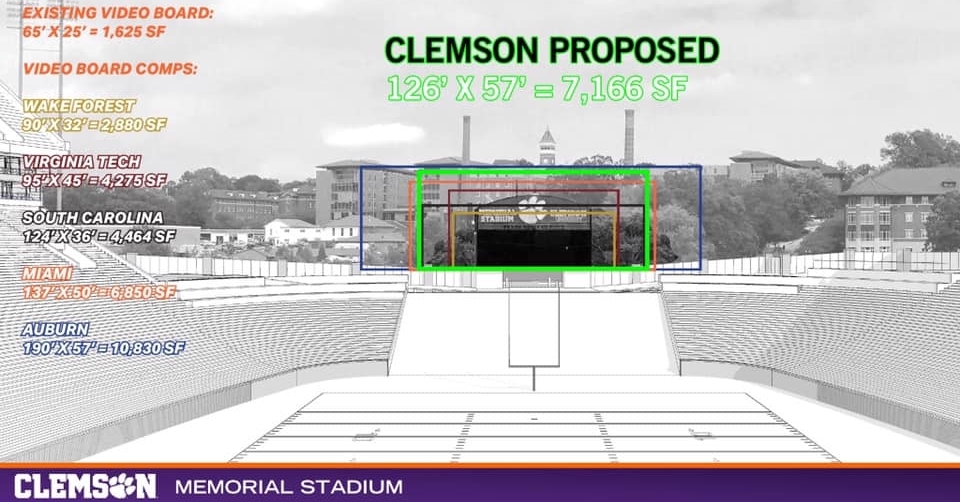 "As a part of this project, the University intends to make additional accessible seating available in the West and East end-zones where proper sightlines and on-grade access exist.

To accommodate patrons displaced by these ADA improvements and to meet current demand for club and suite seating, additional premium seating is needed.

The west end zone area will be expanded with an additional 800-seat concourse-level club and a 240-seat field level club with amenities similar to the West Zone and Younts South Club.

Fan amenities for the stadium will be upgraded, including installing a larger main videoboard in the east end, a new audio/speaker system, and lighting improvements.

Included in the east end design will also be strategically added seats, including accessible and wheelchair plus companion seating, and pedestrian pathways in and around the Hill and Howard's Rock area.  The additional seats will offset potential future seat reductions throughout the stadium.  Renovations to existing parking lots will include general sitework, potential capacity expansion, reorientations and reconfigurations, and amenity layout improvements for better tailgating experiences for IPTAY donors.

Finally,  the  locker  room  will  be  expanded  from  5,500  to  8,000  square  feet, including  a  video review  space  within  the  locker  room  and  the  relocation  of  equipment  operations  and  sports medicine functions to provide efficient adjacencies."

No intent to alter student capacity on the Hill, @GrahamNeff says. pic.twitter.com/XXvm8WgjS7