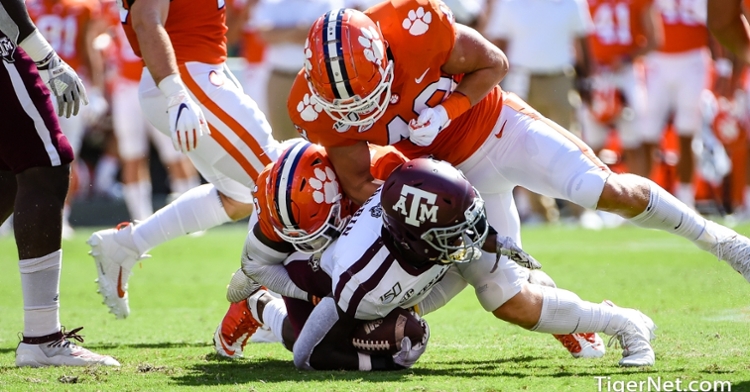 "I think what they did was phenomenal. Brent Venables, the defensive coordinator for Clemson his whole mantra is pressure breaks pipes," he said.

Matich was impressed with the intensity and the aggression that the Clemson defense showed during the contest.

"Instead of sitting back and letting those big A&M receivers go to work in the secondary, they came after (Kellen) Mond. They came after him every way there is to come after a quarterback, and they challenged him to see if he could make decisions and execute physically with some Clemson pass rush, blitzer or defensive lineman breathing down his neck at all times. I thought the aggression of that was so much fun to watch."

Video Description: Trevor Matich joins Packer and Durham to break down Clemson vs. Texas A&M and what went wrong for Syracuse after losing to Maryland 63-20.