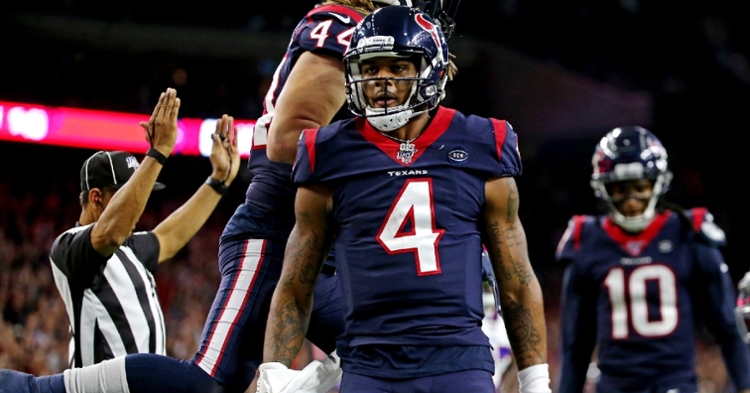 Deshaun Watson performed with the game on the line like no other QB in the NFL last season.

Clemson fans know how clutch Watson is, especially after the last-minute TD drive to beat Alabama for the 2016 season's national title.

The numbers back up him bringing that level of play to the next level, named to the 2019 'All-Clutch' team by Pro Football Focus this week, along with his former top target in DeAndre Hopkins.

"Watson didn’t skate by on one or two plays here. He was dragged through the fire during the 2019 season," PFF analyzed, "playing more snaps than any quarterback in the NFL in this subset across the regular season and postseason (214) and coming away with the league’s best grade on those plays (88.6). His stat line simply conveys dominance — 66 for 88, 909 yards, eight touchdowns and just one interception."

Hopkins was a top target in those key moments.

"Hopkins caught 24 passes for 384 yards and a touchdown without any drops, commanding the football with the game on the line," PFF wrote.

FS1's Undisputed debated the article, with Skip Bayless being a big proponent of Watson:

"Deshaun Watson was the clutchest QB in 2019. He just keeps doing what he did twice at Clemson vs. Saint Nick's defense. If you look at the numbers, it's not close. I can't even put the GOAT in this conversation if we're talking about clutch time in 2019."