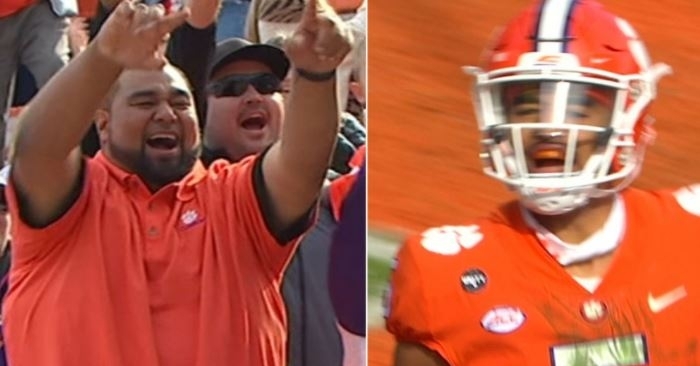 Funny stuff as D.J. blocks his dad on Twitter

Clemson quarterback D.J. Uiagalelei spoke to the media Monday about various subjects, including his proud dad, "Big Dave," that can be seen around campus on game weekends.

His father was seen on television cheering proudly for his son in the comeback win against Boston College on Saturday.

During the media session, D.J. shared hilariously that he has blocked his dad on Twitter since his sophomore year of high school.

The reason is that his dad shares a lot of things on social media boasting about his son.

"Sometimes, he can be over the top," Uiagalelei said.

He went on to say during the interview that he is more like his mother personality-wise.

"He likes the media. He likes the spotlight. I’m more like my mom. I like to be low key.”

Regardless of their social-media relationship, you can tell that "Big Dave" is one of D.J.'s biggest supporters and a great father that anyone would be lucky to have.