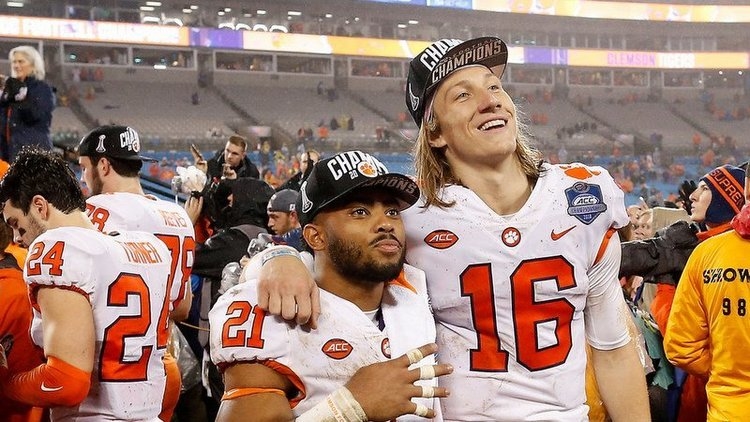 Clemson will face a fifth different Coastal opponent in five seasons on Dec. 7.

The wait is over for the Coastal Division’s challenger in the ACC Championship Game on Dec. 7 in Charlotte.

Clemson wrapped up its fifth Atlantic Division title in a row on Nov. 9 in a 55-10 win at NC State. The Commonwealth Cup on Friday determined the other side of the coin with Virginia topping Virginia Tech, 39-30, to capture its first Coastal title and snap a 15-game losing streak in that series.

Virginia (9-3, 6-2 ACC) is the last of seven different Coastal teams winning the division over the last seven seasons. The Atlantic Division winner has come out on top in each of those six previous matchups (plus the 2011 game for Clemson versus Virginia Tech).

Clemson has won four ACC titles in a row with the last two coming by an average margin of 34 points.

The Tigers and Cavaliers were the two predicted division winners by the ACC media in July. They last met in 2013 at Virginia in a 59-10 Clemson win.

The Tigers (11-0, 8-0 ACC) close out their regular season at South Carolina on Saturday (noon/ESPN).

Bronco Mendenhall on now facing No. 3 #Clemson in ACC title game: “We don’t intend to take a trip just to see what it looks like.”

BRONCO: "You can't build a consistent conference or national contender unless you own your state. You have to win your division before you win the conference championship."

What it felt like to be inside Scott Stadium when @UVAFootball clinched the Coastal Crown ??!#ACCFootball pic.twitter.com/WHnsEDr559