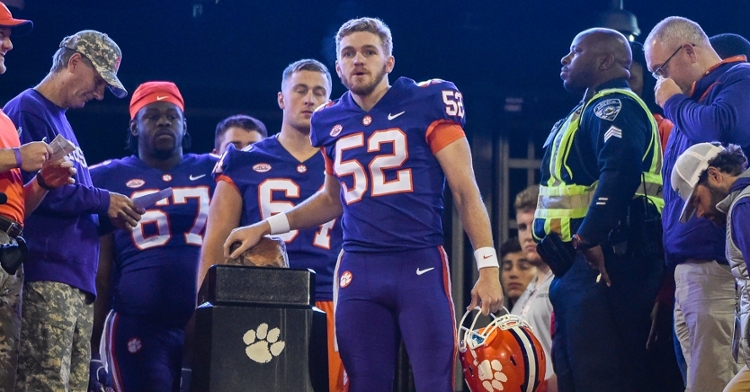 Austin Spence is one of three Clemson athletes to earn the honor five times.

The Atlantic Coast Conference announced the 2019-20 Honor Roll on Thursday, recognizing a record 5,609 student-athletes for classroom excellence during the most recent academic year.

Duke led all schools with a record 572 student-athletes recognized, and Notre Dame placed 541 on the list. Virginia saw 496 student-athletes achieve Honor Roll status, followed by North Carolina with 468 and Boston College with 455.

Clemson on ACC Honor Roll
Get your Trevor Lawrence and Travis Etienne Jaguars gear right here!
Comment on this story