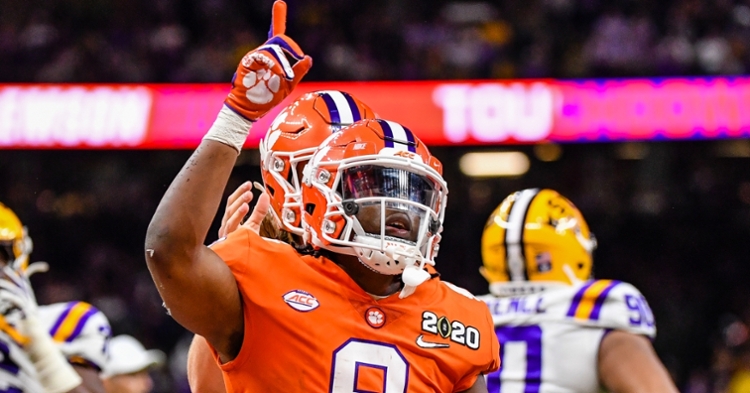 We're still seemingly a ways off from kickoff but the game of college football has a very different feel in the aftermath of Tuesday's events.

Taking inventory of top teams left after the Big 10 and Pac-12 decisions to postpone this fall, Clemson was already a preseason No. 1 for multiple outlets, including last week's USA TODAY Top 25. Their No. 2, Ohio State, bows out with the Big 10 decision, as well as No. 7 Penn State and No. 9 Oregon.

Twelve more of the top-40 in the ESPN preseason SP+ metric were knocked out officially on Tuesday, joining Mountain West competitor Boise State, including Ohio State as No. 2 and Penn State as No. 5.

The Big 12 is expected to announce its revised schedule on Wednesday, while the ACC released its new slate last week and the SEC has its 10-game league rotation locked-in. Sports Illustrated reported Tuesday that the American, Sun Belt and C-USA leagues are going to "continue toward a 2020 fall football season," while the MAC and Mountain West had already postponed.

The Associated Press was scheduled to unveil a preseason top 25 next week.

Playoff executive director Bill Hancock said this week that "it's too soon to say" on the effect of the Power 5 postponements on this year's version of the CFP.

Clemson is currently slated to start its season on Sept. 12 at Wake Forest.

My updated power ratings with teams who are playing:

A Group of 5 update, after the end of a hectic day: AAC, Sun Belt & C-USA continue toward a 2020 fall football season, sources in those leagues tell @SINow.

As long as the Power 5s are hanging, I believe they will too.

CFP executive director Bill Hancock, to SI: "It's too soon to say" what the impact of the Big Ten and Pac-12 fall shutdown will mean for the playoff. "We are awaiting guidance from the CFP board and management committee."