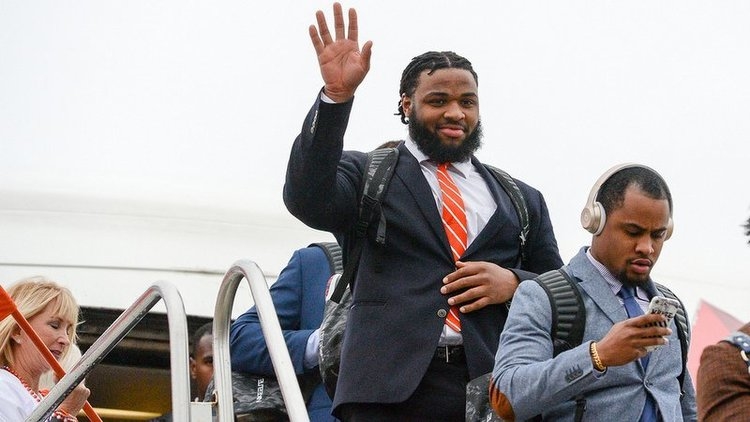 Christian Wilkins was honored with the Campbell Trophy, which Clemson coach Dabo Swinney tabbed as the 'Academic Heisman' earlier this month.

All five schools recorded a perfect 1,000 for their single-year Academic Progress Rate (APR) for 2016-17, and are receiving the award for the first time. The award will be presented to the head coach at each institution during the Honors Luncheon on Monday, January 7, at the 2019 AFCA Convention in San Antonio, Texas.

This is the first year that the NCAA’s single-year APR has been used to select a winner. The APR holds institutions accountable for the academic progress of their student-athletes through a team-based metric that accounts for the eligibility and retention of each student-athlete for each academic term.

The APR is calculated as follows:

Each student-athlete receiving athletically related financial aid earns one point for staying in school and one point for being academically eligible. A team’s total points are divided by points possible and then multiplied by 1,000 to equal the team’s Academic Progress Rate.

From 1981 to 2007, the award was presented based on a formula used by the College Football Association and the AFCA. From 2008 to 2017, the AFCA used the NCAA’s Graduation Success Rate to select a winner.

The Academic Achievement Award was established by the College Football Association in 1981. The award recognized the CFA-member Football Bowl Subdivision institution with the highest graduation rate among members of its football team. When the CFA disbanded in 1997, the AFCA stepped in to present the award.

*- Presented by the CFA