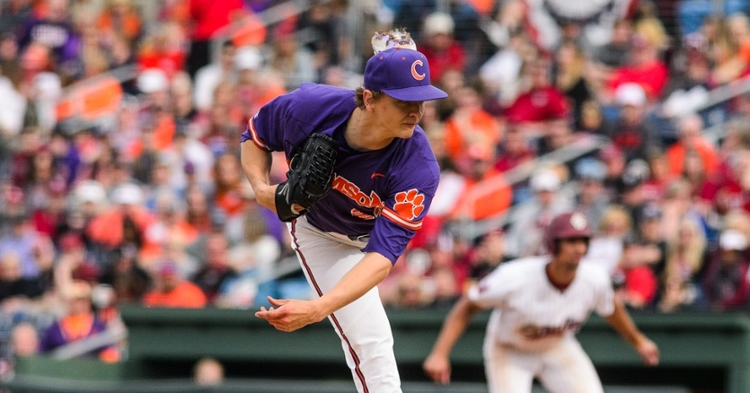 Clemson made its way into a college baseball ranking for the first time this season after its 7-0 start.

Collegiate Baseball ranks the top-30 teams in the game and Monte Lee's Tigers are No. 26 this week.

The Tigers take on South Carolina in a three-game series this weekend with the first two games in Columbia (Founders Park Friday and Segra Park Saturday) and the finale in Clemson. The Gamecocks are 5-2 after losing a home weekend series to Northwestern.

UCLA topped the Collegiate Baseball poll, while Louisville is the best from the ACC at No. 7 and NC State is also in the top-10 (10).