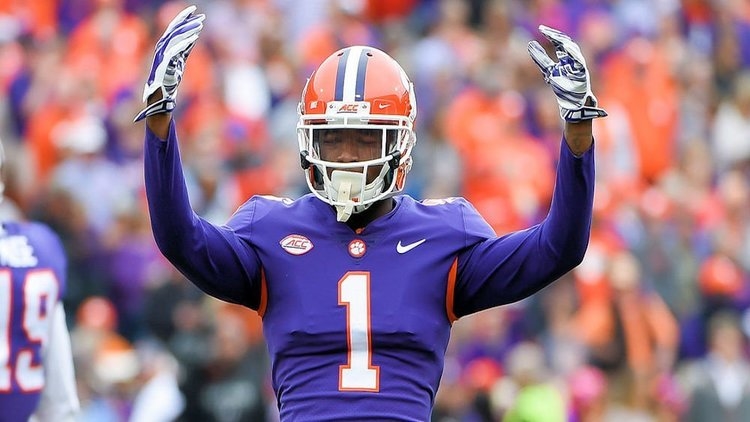 Clemson will wear purple in support of Military Appreciation Day

Clemson University will celebrate Military Appreciation Day Saturday as football hosts Wofford at 4 p.m., and the university has a full slate of activities planned throughout the day:

Bowman Field will have displays from the Army, Air Force and Marines, which include military ground vehicles, helicopters and interactive areas that can be enjoyed by all ages on Saturday.

During pregame, South Carolina families of Fallen Soldiers will be introduced on the field and join Tiger Band for the patriotic portion of their pregame show.

Special Forces Association will parachute an American Flag, the Tiger, and a game ball.

All veterans and active-duty military members are invited to come down to the field during halftime to be recognized. To participate, go to portal X in the WestZone or enter through the visitor’s tunnel (gate 10) with five minutes remaining in the second quarter.

During halftime, Tiger Band will play the Armed Forces Medley, and all veterans and active-duty military members are asked to stand to be recognized when their branch’s song is played. Veterans will be recognized in the west end zone by branch during this time as well.

A fallen soldier tribute will take place with the soldier cross and a 21-gun salute in the east end zone, ending with the playing of “Taps.”

Veterans will hold up 493 stars, a tribute to the 493 individuals whose names appear on the Scroll of Honor for making the ultimate sacrifice.

Fans who have a ticket to this game and are unable to attend are encouraged to donate their tickets to a veteran by visiting clemsontigers.com/militarytix.

The game is designated as a “Purple Out,” and fans are encouraged to wear purple in support of the military. Clemson is proud to partner with Colosseum, 47 Brand and Operation Hat Trick in support of Military Appreciation Day merchandise and support of our Military.