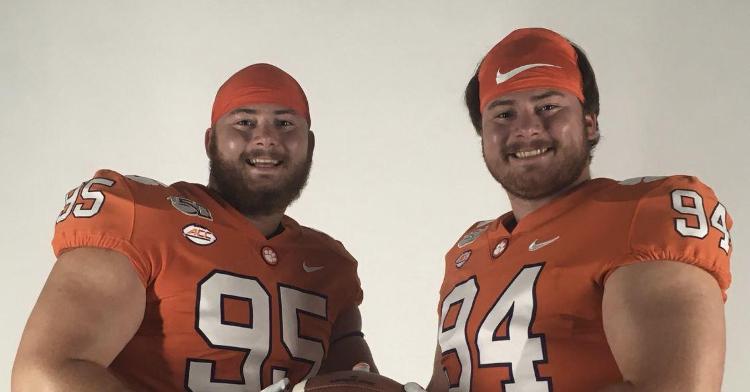 James, left, and Jacob Edwards should be in line for some more snaps with the transition on the interior line.

Vestavia Hills High School (Ala.) announced Thursday that redshirt sophomore defensive tackles Jacob and James Edwards have been put on scholarship with Clemson football this semester.

Both were standout wrestlers at Vestavia Hills. James posted 24 tackles, with seven for loss as a senior.

They are both majoring in Parks, Recreation and Tourism Management.

Who did it better? pic.twitter.com/8Ln5Eoa582