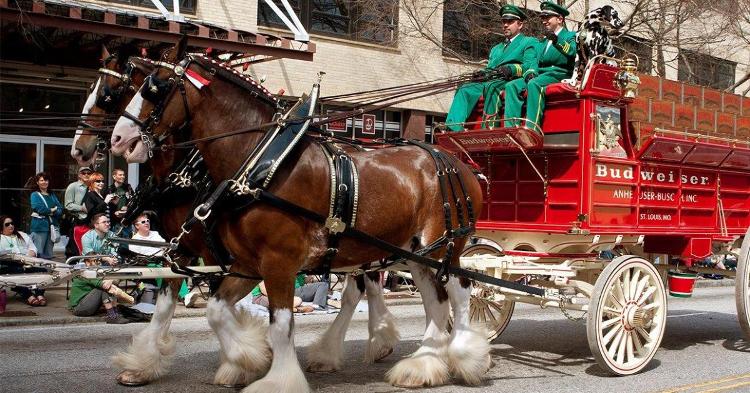 You drink the beer, now see the horses.

The world-famous Budweiser Clydesdales will be headed to Clemson for a parade through downtown on August 28 according to Fox Carolina.

The parade consisting of the eight horses and their dalmatians with their carriages will begin at 8 pm starting at the Catherine Smith Plaza on College Avenue and end at the Esso Club.

Fans can take photos from the sidewalks but nobody will be allowed to pet the horses according to Police Chief Jimmy Dixon.

Each of the Clydesdales’ handcrafted harnesses and collars weigh approximately 130 pounds.

The Budweiser Clydesdales are given short names, such as Duke, Mark and Bud, to make it easier for the driver to give commands to the horses during a performance.

Budweiser Clydesdales’ horseshoes measure more than 20 inches from end to end and weigh about 5 pounds.

Dalmatians were known as coach dogs because they ran between the wheels of coaches or carriages and were companions to the horses. Since the 1950s, Dalmatians have traveled with the Budweiser Clydesdales hitch, perched atop the wagon proudly seated next to the driver.

The turn-of-the-century beer wagons have been meticulously restored and are kept in excellent condition. The wagons are equipped with two braking systems: a hydraulic pedal device that slows the vehicle for turns and downhill descents, and a hand-brake that locks the rear wheels when the wagon is at a halt.