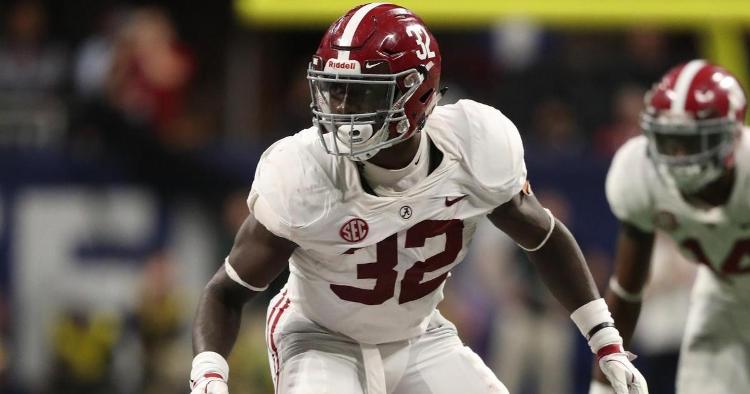 Clemson and Alabama will be keeping one eye on each other in 2019 as they have been meeting up regularly in the college football playoff.

During Tuesday's practice, Alabama standout MIKE linebacker Dylan Moses reportedly tore his ACL and is expected to miss the season.

Moses was a Butkus Award finalist last season with a team-high 86 tackles including 10 for loss, and 3.5 sacks.

He was a preseason first-team All-American this season and rated as a top 15 overall talent by several draft analysts for the 2020 NFL draft. He was also Alabama's defensive captain this season.

The Crimson Tide could start two true freshmen in the middle of their defense with linebackers Christian Harris and Shane Lee.

Moses got some blowback during the SEC Media Days 2019 when he told reporters that Clemson wasn't necessarily the best team in college football last season.

"It was more preparation," he said. "I wouldn't say they were a better team."

Moses went on to claim that Georgia was the toughest matchup that he has played in.

"Georgia is definitely the hardest team I have played in college."

Alabama begins their season against Duke on Saturday.

Bama getting hit with a huge blow before the season even starts! You can’t replace Dylan Moses. He is the best LB in the Country. Worst part of the game

Reading the Alabama boards and they're saying losing Dylan Moses is a significant blow. He called the defense, got everyone set and lined up. There is a major drop off behind Moses. Some are saying the Safties may have to call the defense and relay to the LB's, to relay to DL.

Dylan Moses out for the season. Najee Harris and 3 others suspended for the first half.

.@bartonsimmons just broke down why the injury to Dylan Moses is such a killer for Alabama. #RollTide pic.twitter.com/XQiW1JsAmV