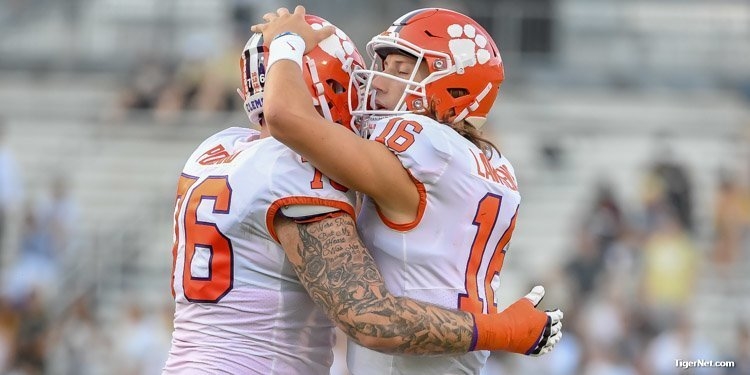 The ACC Network will launch on Thursday, Aug. 22, 2019, ESPN and the Atlantic Coast Conference announced today. Just one week later, on August 29, the first conference football game will kick off on the new all-ACC platform when Georgia Tech visits Clemson for a Thursday night contest. The 24/7 network is poised to air 1,300 live events annually across its TV and digital offerings from around the conference’s 15 member schools and 27 sponsored sports.

ESPN President and Co-Chairman, Disney Media Networks, James Pitaro, said, “With just under nine months until launch, we are all systems go with ACC Network preparations. The strength of the season opening game between Georgia Tech and Clemson is indicative of the robust schedule and programming we have planned for ACC fans.”

ESPN will debut an ACC Network-dedicated :30 spot during its primetime coverage of the Dr Pepper ACC Football Championship, Saturday, Dec. 1, at 8 p.m. ET on ABC. In addition, ESPN will deploy new campaign assets complementing the spot to promote the forthcoming network. Fans interested in learning more about ACC Network can visit www.GetACCN.com.

“We continue to look ahead to the launch of the ACC Network with great anticipation, and this is another step in the process,” said ACC Commissioner John Swofford. “Showcasing all of our outstanding programs remains a top priority, and our partnership with ESPN allows fans to have greater access than ever before. I also commend our schools who have done an outstanding job in their preparations for a successful launch.”

Additional ACC Network details will be announced throughout 2019.