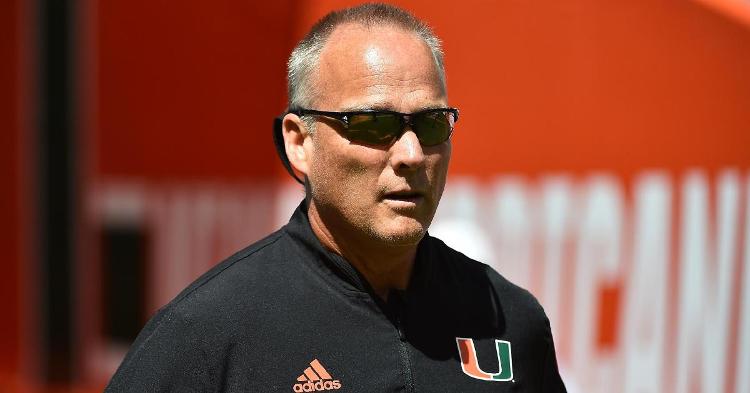 O’Brien, who has been in the industry since 1987, including 15 years at ESPN, will call play-by-play alongside former NFL Live studio analyst Hasselbeck and former NBA sideline reporter Katie George. Chris Cotter, another versatile ESPN on-air personality, will be joined by newcomer and Super Bowl Champion Mark Herzlich in the booth and former Charlotte, N.C., sports anchor Kelsey Riggs on the sidelines. Twenty-five-year professional Wes Durham will be accompanied by ESPN analyst Roddy Jones and former NFL Pro Bowler Eric Wood on the field.

In addition, Collinsworth the host of NFL Live, will also host ACCN’s signature football program The Huddle, while Beason, a studio analyst, will share insights and analysis earned during his playing days at Miami and in the NFL.

“We feel very lucky to have assembled such a smart, fun, thoughtful group to cover ACC football both in the studio and announce booth on ACCN,” said Amy Rosenfeld, ESPN senior coordinating producer and production lead for ACCN. “ACC schools are well represented on our team. We will also have the benefit of a wide range of experience - from coaching to alums from both the offensive and defensive sides of the ball.”

Miami native and three-time Pro Bowler, Beason, was a linebacker at the University of Miami during the 2003-06 seasons. He was drafted by the Carolina Panthers with the 25th overall pick in the 2007 NFL Draft and spent seven seasons with the Panthers before being traded to the New York Giants in 2013. He played three seasons with the Giants and retired from the NFL in 2016. Beason also competed on Miami’s indoor track team during spring 2006, finishing 18th at the ACC Indoor Track and Field Championships with a season best mark of 6.50 meters in the long jump.

Collinsworth has hosted Sunday NFL Countdown segments and has been a regular host on NFL Live since February 2018. Prior to joining ESPN, Collinsworth – as a college student at Notre Dame – created, produced and hosted a weekly ND Live digital series focused on the Notre Dame football team, along with filing weekly player features for head coach Brian Kelly’s nationally-syndicated television show, Inside Notre Dame Football. He was also featured on Showtime’s A Season with Notre Dame Football, where he interviewed athletes on his weekly podcast, covered Notre Dame Pro Day in 2016 and 2017 for NFL Network, and has served in various roles for NBC’s Notre Dame football coverage.

Former NFL and Boston College quarterback Hasselbeck has been with ESPN since 2008, serving as a studio analyst on NFL Primetime, NFL Live, Fantasy Football Now, SportsCenter, and SportsCenter with Scott Van Pelt. Hasselbeck spent six seasons (2002-07) in the NFL as a player, most notably with the Washington Redskins (2003-04) and New York Giants (2005-06), where he served as a back-up to Eli Manning. He played at Boston College from 1996-2000 and was the Eagles’ starting quarterback for the 1999 and 2000 seasons.

O’Brien, a Syracuse alumnus, returns to ESPN and joins ACCN with over 30 years of experience in tow. The Massachusetts native worked for ESPN from 2002-17, handling play-by-play for a variety of sports, including MLB, NBA, college basketball and soccer. He became the voice of the Red Sox on the Boston Red Sox Radio Network in 2007 and joined NESN in 2016 as the primary play-by-play announcer for Red Sox telecasts. O’Brien will continue calling Red Sox games for NESN.

Hosted by Kelsey Riggs, Jordan Cornette, Dalen Cuff, and featuring a rotating cast of analysts, All ACC will provide news and information coverage of the ACC’s 27 sponsored sports. All ACC will debut on Thursday, Aug. 22 at 7 p.m., as the first program on the new network, and air regularly on Monday, Tuesday, Thursday and Saturday nights in the fall on ACCN. The premier episode will preview upcoming programming, and introduce on-air personalities and feature guest interviews from current and former ACC coaches and student-athletes, as well as notable alumni.

The Huddle, ACCN’s signature football show, will air on Friday evenings and Saturday mornings throughout the fall. Host Jac Collinsworth and analysts Eric Mac Lain, EJ Manuel and Mark Richt will preview the weekend’s slate of football games while keeping fans up to date on all things ACC. The Huddle will premiere on Friday, Aug. 23.

Owned and operated by ESPN in partnership with the Atlantic Coast Conference, ACC Network (ACCN) is a new 24/7 national network dedicated to ACC sports set to launch August 22, 2019. Approximately 450 live contests including 40 regular-season football games, 150 men’s and women’s basketball games, and 200 other regular-season competitions and tournament games from across the conference’s 27 sponsored sports will be televised annually, plus a complement of news and information shows and original programming. Together, the ACCN and its digital platform, ACC Network Extra (ACCNE), will feature 1,350 ACC events in its first year. ESPN has been televising ACC content since 1979 and has exclusive rights to every conference-controlled game across all sports and championships.