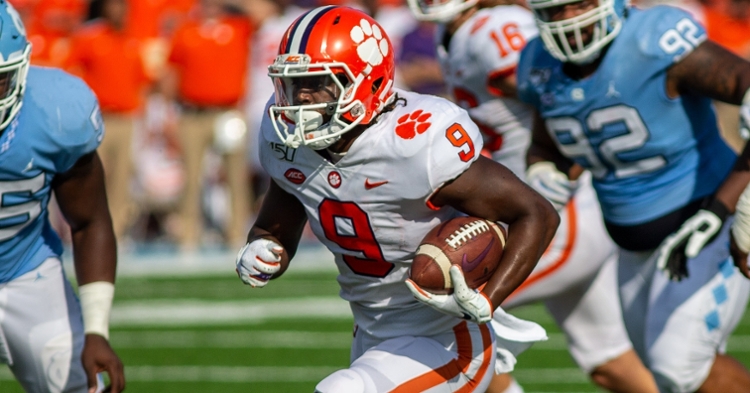 Familiar names in the CFP projections for 2020.

Clemson may start the year as a preseason No. 1, but it may not finish the regular season that way.

247Sports published its preseason Playoff projections Monday and Clemson checked in with a No. 2 finish in its committee rankings.

Their mock top-4 is Ohio State then Clemson, Alabama and Oklahoma.

"I think there's four guarantees in this season's CFB Playoff: Clemson, the Big Ten champion, the SEC champion and intense bickering for that coveted No. 4 spot," Brad Crawford said. "I don't need a simulation algorithm to show me Clemson will be 13-0 and one of the top two seeds. Should Ohio State match the Tigers' record, Ryan Day's team will get top billing thanks to a more complete schedule and a few more quality wins."

Clemson was ranked as high as No. 1 by three of the eight voters and as low as No. 3 by a pair of panelists.

"Teams Nos. 1-3 are pretty self-explanatory, with Alabama's strength of schedule getting it a better seed than semifinal foe Clemson," Trey Scott said in projecting Clemson at No. 3.

ESPN's strength of schedule measure has the ACC Tigers at No. 62 preseason, trailing fellow Playoff contenders in Ohio State (29), Alabama (3), Georgia (18) and Oklahoma (37).