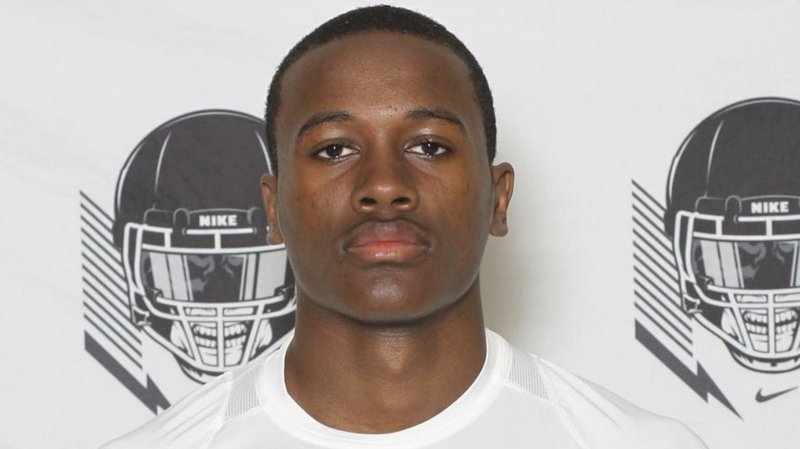 KeAndre Lambert, a 2020 wide receiver out of Norfolk, Virginia, has a lot to think about after receiving a Clemson offer this week.

Lambert, a three-star with an extensive list of offers including Virginia Tech, Florida, and Nebraska, has expressed his interest in the elite wide receiver program Clemson has established under coach Jeff Scott.

“That definitely means a lot to me,” Lambert said, “Wide receiver is my first position, it’s true they are basically a wide receiver university and I would love to be a part of that.”

The offer came as a surprise to the sophomore, and because of NCAA rules, Clemson coaches have not been able to talk to the recruit directly, but the message sounded just as good coming from his high school head coach.

“Well, Coach Scott was talking to my head coach and basically told him that they like me,” Lambert said. “They haven’t been in touch with me since I am a sophomore, but let my coach that they are very interested in me and my abilities. My head coach just told me I got the offer today after film. I was super excited because Clemson is definitely a school I was to get an offer from.”

Lambert has been in touch with Clemson commit and teammate Sheridan Jones, who recently declared his next football step will be with the Clemson Tigers on April 20th. Jones has been in contact with Lambert, giving him pointers as to when the time comes to make a decision.

“He was basically like I’m putting in a good word for you if you get an offer call on me. He just told me that Clemson is an all-around great school, he just said he would like me to come join him,”

Lambert’s single trip to Clemson seems to have been enough to impress the recruit.

“Of definitely, I have been there once before, I think it was the junior day but I plan on going there sometime this summer and take a good look around and talk to some more people now that I have the offer,” Lambert said. “it was just different and great. From the weight room to the nutrition cafeteria, the locker room, everything was all great.”