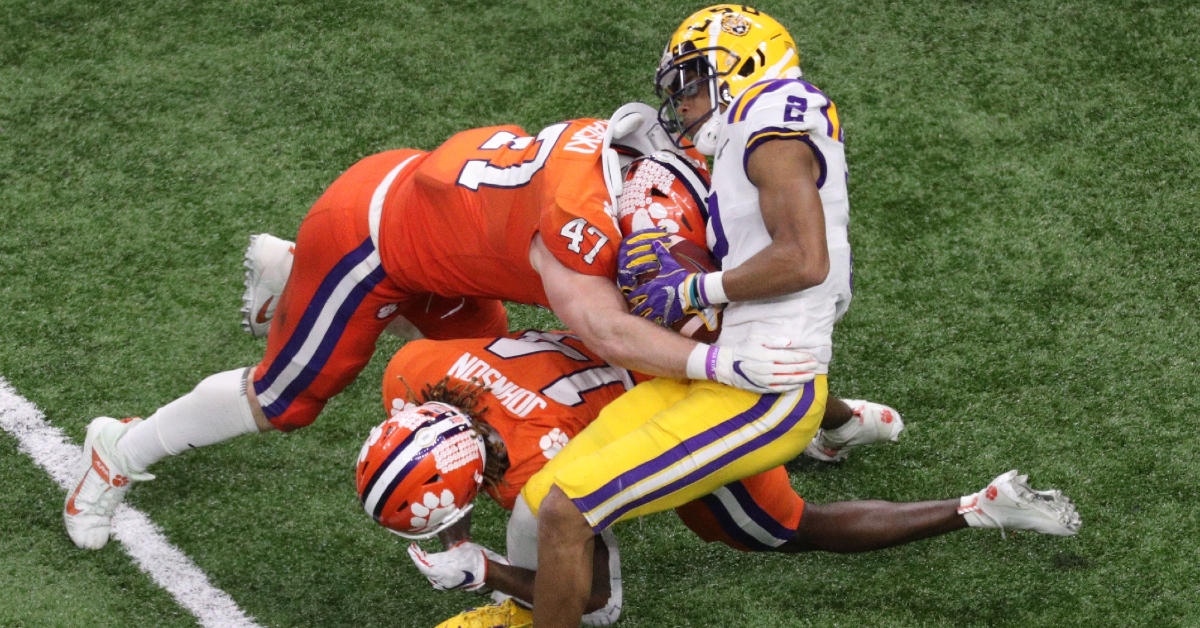 They were about who he thought they were.

The late Green was the head coach of the Arizona Cardinals back in 2006 when they were defeated by the Chicago Bears, and Green’s outburst after the game made headlines when he shouted, “They were exactly who we thought they were!!”

Venables didn’t have an outburst, but he was adamant that LSU was every bit as good as he’d seen on film and his defense didn’t play well enough to match up – LSU had 628 total yards and ran 81 plays.

“And then they get us on the 3rd-and-10 for 53 and they score. Those two touchdowns were, to me, the difference. They have made plays all year. They have made competitive plays tonight and they've made them all year. They are very good. They are very precise and force you to play with the same kind of precision and when you don't they make you pay.”

In other words, too many mistakes against a great offense.

“There are plenty of those. You can't make the mistakes that we did and expect to win. They just executed at a better level than we did. It's plain and simple,” he said.

Venables was asked if LSU looked better in person than they did on film.

“I don't know if they were better than we thought. They are about what we thought,” he said. “ We knew we needed to come out and play well and we didn't. We have to play a little smarter and coach them a little better. If you get on this stage you can't come out here and have one of these games as a coach or a player. You can't expect to win.”

Clemson lost linebacker James Skalski to a targeting call in the second half but Venables said that didn’t affect the outcome.

“He is one of our leaders, a great player, but I am not sure that affected anything moving forward,” Venables said. “Maybe one drive but that was it. I thought after he went out that we still did really well and we were ok.”

Help is on the way, however. The Tigers signed several highly-rated defensive players in the 2020 recruiting class, and several starters return to make another run at a championship next season.

“We have had a great last few years and the guys we lost last year were incredible examples,” Venables said. “Hopefully, these young players that are returning have paid attention and they have a blueprint of what it looks like. Hopefully, we have the chance to have the kind of consistency that we've had and leadership is the backbone of that.”