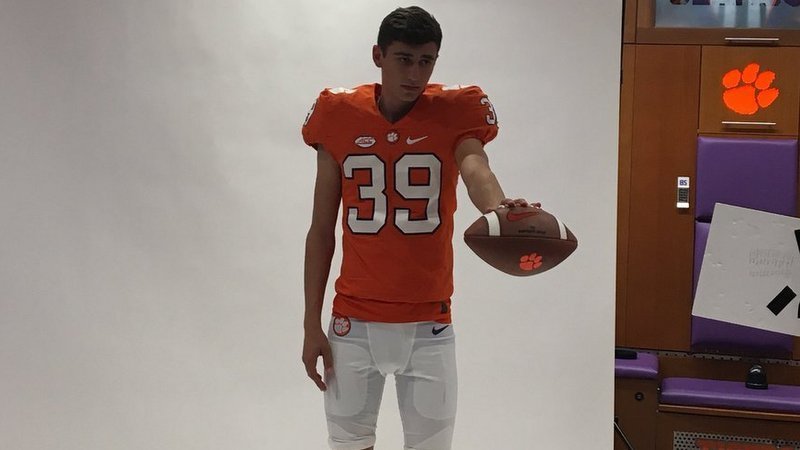 Swanson poses with his family last weekend in Death Valley

For as long as Aidan Swanson can remember, he’s wanted to don the orange and white and Monday night he took one step closer to realizing his childhood dream.

Special teams coordinator Danny Pearman relayed the news of a full scholarship offer to the Bradenton (FL) IMG punter Monday afternoon and it took just a few hours for Swanson to formalize his commitment to the Tigers. He is rated as the No. 1 2019 punter by Kornblue kicking and the No. 9 by Kohl's kicking.

The nation’s top punting prospect said he felt like an offer may come after his visit for last weekend’s junior day but was still surprised when he heard from Pearman.

“It always feels like home whenever I'm there and I can't imagine myself not being there,” Swanson told TigerNet shortly after announcing his commitment. “We discussed and offer Saturday but we weren't sure how it would play out. They really caught me off guard when Coach Pearman offered me today.”

Swanson said it’s a dream come true to commit and play for the Clemson Tigers.

“It's a dream come true. I've watched Clemson since I was little,” Swanson told TigerNet. “I've always been a big fan and dreamt of wearing that orange uniform. I'm excited. It's rare for any college to offer a specialist a scholarship, really. Words can't describe how I'm feeling right now. It rarely happens I know but I'm just excited that they believed in me and thought that I'm worthy of a scholarship offer.” 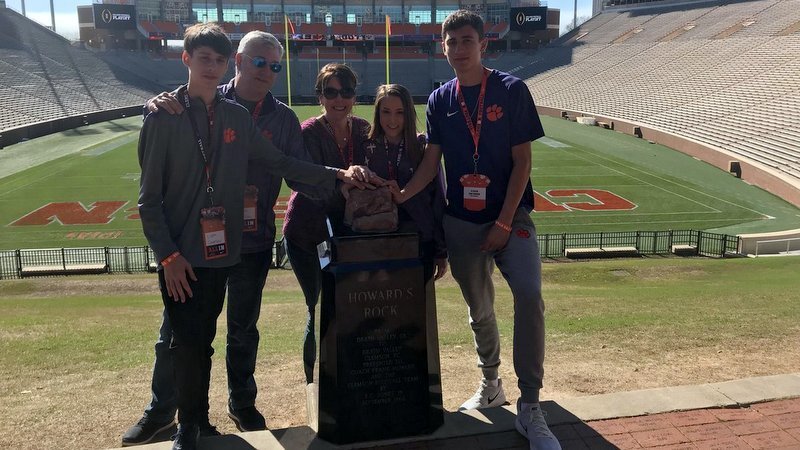 Swanson poses with his family last weekend in Death Valley "

The first calls Swanson made were to Pearman and then to an excited Swinney.

“I called Coach Pearman and told him that I was 'All in,' and then he gave me Coach Swinney's number and I called him and told him the same thing,” he said. “He was ecstatic. He was excited that I committed to them.”

The next call was to his parents – including his mother who is a Clemson graduate.

“Right when I called them, they just broke down in tears because they've known that it's been one of my goals to go to Clemson. It's been a dream of mine,” he said.

"Aidan is a left-footed class of 2019 punter/kicker out of IMG Academy in Florida," Swanson's profile reads on Kornblue kicking. "Aidan has been at or near the top of our Fab 50 Rankings in his class for several years as a punter and kicker. He is currently the Fab 50’s #1 nationally ranked punter in the class of 2019. At our Summer 2017 Kornblue Kicking Showcase, Aidan earned Punting Champion honors.

"His strengths are punting and kickoffs, but he is a strong FG kicker as well. FBS coaches have been and will continue to pursue this top-level prospect."