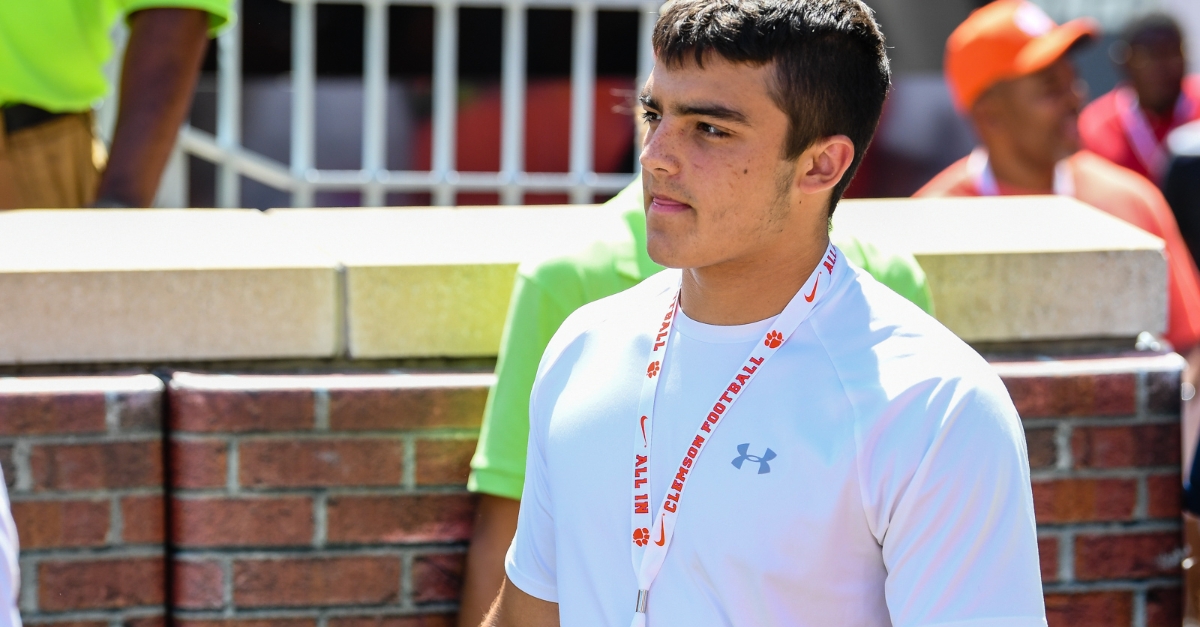 Shipley has been to Clemson games twice this season

With over 25 offers, Will Shipley has his pick of schools from coast to coast, so his relationship with each coaching staff will be a big factor in his decision.

The Matthews (NC) Weddington prospect is the top-ranked all-purpose back by both Rivals and 24/7 for the 2021 class and has offers from Auburn, Clemson, Florida, Georgia, North Carolina, N.C. State, Notre Dame, Ohio State, Penn State, Stanford, Southern California and Wisconsin among others.

The 5-11, 200-pound back made the trip for the Texas A&M game in September and returned to campus for last week’s matchup against Wake Forest, giving Shipley the chance to really get to know running backs coach and co-offensive coordinator Tony Elliott.

“Obviously, they dominated the competition, which is always good to see,” Shipley told TigerNet earlier this week. “Just getting to speak to Coach Elliott before the game, getting to meet his kids and family. Just getting to better our relationship, that was one that I really enjoyed during my visit.”

Shipley and Elliott’s conversation centers around more than just football.

“Just to continue to stay humble,” Shipley said. “He asks me how I feel about the recruiting process and he always makes sure to give me some tips. It's just normal conversation most of the time and asking how I'm doing and how school is going, stuff like that.”

With the day being a little more relaxed than his September visit, Shipley was able to spend some time with head coach Dabo Swinney.

“He was also just asking me how I was doing and how my family was doing. We were talking about my season and about theirs. Just sort of the normal dynamic and talk from a head coach to a recruit.”

“That style and that offense for him is absolutely incredible,” Shipley said of Etienne. “He's very versatile. He's got great hands. He runs in between the tackles very hard. He's such a great running back and I can definitely see myself in that type of offense.”

Shipley will travel to Georgia and Duke over the next two weeks before narrowing down his list, but he said as things stand right now, Clemson will make an appearance on the shortened list.

“I'm going to narrow it down after my season ends to a smaller group of schools so I can just focus on those, but I can definitely see myself getting back to Clemson here in the next couple of months,” he said. “As of right now, I think Clemson will be on the smaller list.”