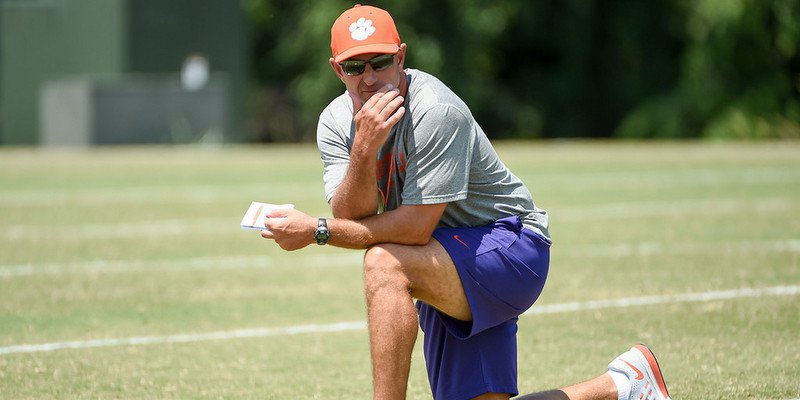 Swinney has led the Tigers to six consecutive 10-win seasons

ATLANTA, GA – Clemson head coach Dabo Swinney has talked for years about building a sustainable, consistent program in the foothills of South Carolina, and he’s done just that.

The 10th-year head coach who is just 47 years of age has built a program, not a one-or-two-year wonder. The Tigers are already on a streak of six straight seasons with at least 10 wins, something only Clemson and Alabama can boast. The six-year run includes 70 victories, three ACC Championships, and six bowl wins. Swinney has been the head coach for eight full seasons, and Clemson has finished in the top 25 seven of those years. The Tigers have been to four BCS or New Year’s Six bowls in the last six years, third-most in the nation, and has been in the College Football Playoff top four each of the last 12 rankings. Clemson has been ranked in the AP top 25 in 91 of the last 98 polls.

That also includes a national championship, and one national college football commentator thinks the Tiger are here to stay.

TigerNet spoke with Tony Barnhart, known as Mr. College Football, at the College Football Hall of Fame recently, and he said that Swinney has built a program to be proud of.

“One of the things we've talked about was about building a program and not just a team. He won the Bobby Dodd Coach of the Year Award several years ago and I got to spend a good deal of time with him,” Barnhart said. “It's not just recruiting - it's the academics, it's the organizational structure, it's the motivational part of the game that he's built. Good football programs have layers. Obviously, it begins with talent, but there is so much support structure that you have to have. He knew exactly what he wanted to do when he got the job. And if you spend any amount of time around the program, you know the depth that it has in terms of talent, support and motivation and all of that. It's key.” 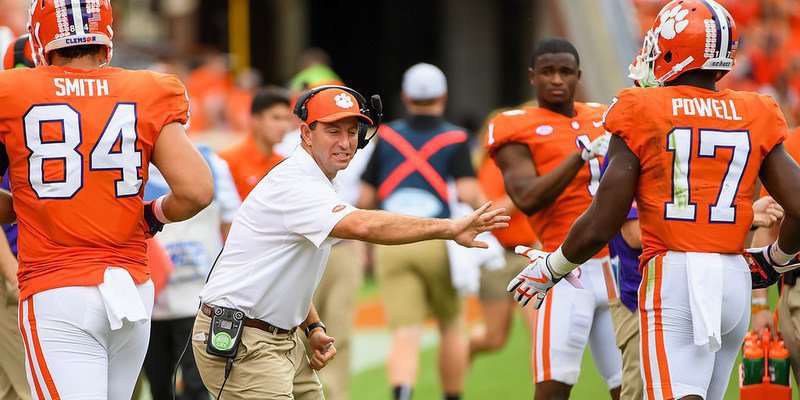 Swinney has led the Tigers to six consecutive 10-win seasons "

The Tigers also have an incredible streak going in the polls. Clemson has equaled or exceeded its postseason AP and coaches poll rankings in comparison to its preseason rankings each of the last six years.

That was quite an accomplishment in 2016 as Clemson was No. 2 in the preseason of both polls and had to finish No. 1 to exceed the preseason rankings. Well, the Tigers accomplished that by winning the national championship. Clemson has exceeded its preseason ranking each of the last six years in the USA Today Coaches poll and has exceeded its preseason ranking in the AP poll five of the six. Clemson was picked eighth in the AP preseason poll in 2013 and finished eighth. Dabo Swinney is the first coach in history with a six-year streak in that area. John Cooper of Ohio State and Bill Snyder of Kansas State had five-year streaks.

Clemson is 89-28 under Swinney and is poised to be a national power for the foreseeable future, and Barnhart says that Swinney deserves to be mentioned in the same breath as the game’s great coaches.

“They are going for their seventh straight 10-win season. That is extraordinary,” Barnhart said. “Let's take Alabama out of the equation, most programs have a period of success, and then they will drop and they will go back up and have another period of success. But almost nobody can do it year after year. Because guys leave and guys turn pro and things happen. So for Dabo to have that kind of consistency, you have to mention him with the very best coaches. Coach Saban is there and Coach Meyer is there, and this guy has proven he can coach with anybody. He needs to be mentioned with any of the other coaches after that.”