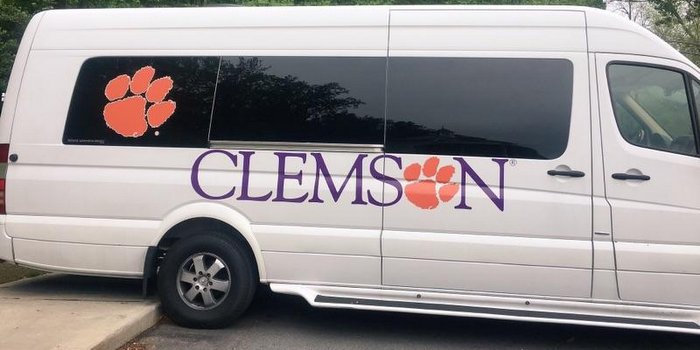 Doc Redman talks to the media earlier this week

This year’s event will be just the second time the Championship will be held in South Carolina, since 1964.

Freshman Doc Redman spoke with TigerNet about getting to play in the state of South Carolina and the championship weekend ahead.

“Getting to play here in South Carolina I think is really exciting. Hopefully, we will have some home fans watching us and cheering us on,” Redman said. “I think it is going to be a lot of fun. We are very confident in our games. If we do what we need to do, we’re going to be very difficult to beat. We’re just focusing on playing the best that we can.”

Clemson had its five-tournament win streak broken last weekend at the Wolfpack Spring Open shooting 18- under par for the three rounds, but Redman said that their brotherhood is what has enabled them to roll off so many wins.

“We didn’t really have any expectations this season,” Redman said. “We just wanted to compete every week that we went out there and I think we were lucky enough, definitely this spring to finish the job five times and come in second once. I think obviously Carson (Young) and Austin (Langdale) have really helped, they are really starting to play excellent golf. Unfortunately, Austin didn’t play last week but, Carson is playing amazing. We’re all brothers and we have a great time out there competing with each other and competing against each other, and we push each other to be the best we can.” 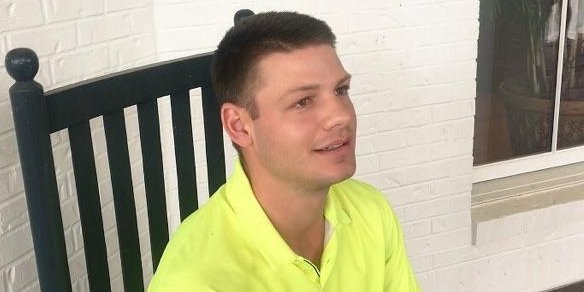 Doc Redman talks to the media earlier this week "

In order for the Tigers to bring home another title, Redman said that having patience is going to be something that the team needs to do to have a chance to win.

“We talked about just having patience this week,” he said. “It’s going to seem easy because it’s a little

shorter course but we have to be patient with our iron playing off the tee and give ourselves as many chances as we can get.”

working on the strategy called ‘Decade’ with his team and in particular, Redman.

“I try to stick to my routine. Coach Byrd has really been helping me with that,” Redman said. “We use a thing called ‘Decade’. It really helps you with finding a target based on how far the pin is from the side of the green. It really helps you be patient like I was talking about earlier and not make as many mistakes.”

Musgrove Mill is a par-72 course that is 6,951 yards in length designed by Arnold Palmer.

Head coach Larry Penley told TigerNet that besides himself, Coach Byrd, and Coleman Self who is also a member of the team, but not in the starting lineup for the weekend, are the only people who have experience playing the course.

“I don’t have anybody that has played it besides me, Coach Byrd, and a guy on our team,” Penley said. “Coleman Self’s family are members and he’s the only guy that could play it but he is not on my lineup. None of our top five players have played it before. It will be a virtual, kind of neutral site for everyone in the league.”

With the coaches being the only ones that have familiarity of the course, they use a tool called StrackaLine to help get it across to their players.

“We’ve gone over it. We ordered yardage books and we do this thing called StrackaLine where they survey the greens and you get the slopes and digital readouts of the greens,” Penley said. “I do know they have built some new tees since I have played it in 1994, but the shape of the shots will still be the same and not too different. I remember it being very tight, the green complex being crazy huge, typical Arnold Palmer. Massive greens and quadrants and there might be three different greens on one green and you’ve got to get your ball in this particular area. Those are the types of things were really going to have to do a good job of on Thursday during our practice round.”

Clemson won the ACC title last year and it marked the program’s 10th ACC title overall, the ninth under Penley. Coverage of the tournament will be carried live on ACC Network Extra beginning Saturday at 2 p.m. and 1 p.m. on Sunday. The Tigers are paired with Virginia and Wake forest and will tee off at 10 a.m. starting on hole number one.