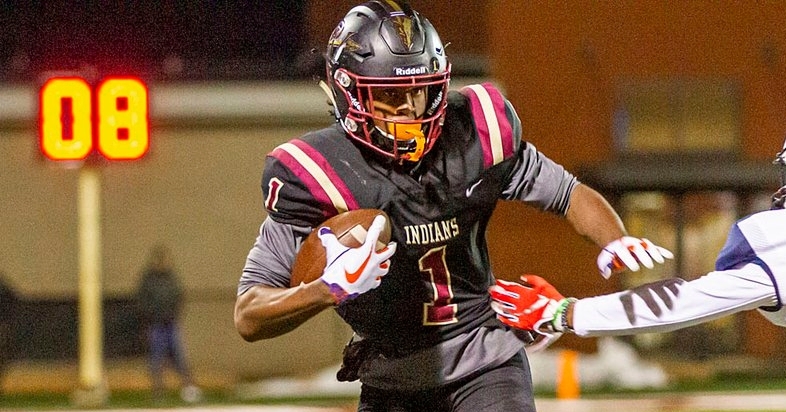 McKinstry is one of the top players in the nation

Clemson is hoping to add another 5-star prospect from the state of Alabama to an already impressive 2021 class.

Ga’Quincy McKinstry is a top priority for many teams in the country, including Clemson. At 6-0, 180-pounds, the cornerback from Pinson (AL) Pinson Valley possesses a lethal and rare combination of size and athleticism. McKinstry hears from many schools and coaches, and Clemson remains consistent with their message for the playmaker.

“I talk to Coach (Mike) Reed and Coach (Todd) Bates the most. They just tell me how they can use me and that I’m a top priority,” McKinstry told TigerNet. “The facilities look good and are new, and the staff is well put together and have been together for a while.”

McKinstry acknowledged that being a top priority for major programs is a good feeling, but the work is far from over.

“It really means a lot,” McKinstry said. “It also tells me I need to work even harder.”

Is there a player in the NFL that McKinstry models his game after?

“No sir, not really. I just play like me and be myself," he said. "I’m very athletic, have good technique and great ball skills, and I can improve on my feet.”

One thing that Clemson fans and defensive back coaches will love about McKinstry is his style of play. McKinstry indicated that he loves to be aggressive on the field, which was evident in his response to being asked if he prefers to be a man-to-man defender.

McKinstry doesn’t currently have a top school in mind or any upcoming visits scheduled because of how busy he’s been with basketball season. He has visited Clemson twice so far, with the last visit being in March 2019. Staying at home and in-state isn’t a factor to McKinstry, but rather finding a place that feels like home is what’s most important.

“I just want to go somewhere I feel home,” McKinstry said. “I’m going where I feel is the best for me.”

McKinstry currently holds 35 offers, including Clemson, Alabama, LSU, Ohio State, Oklahoma and many other major programs from around the country.