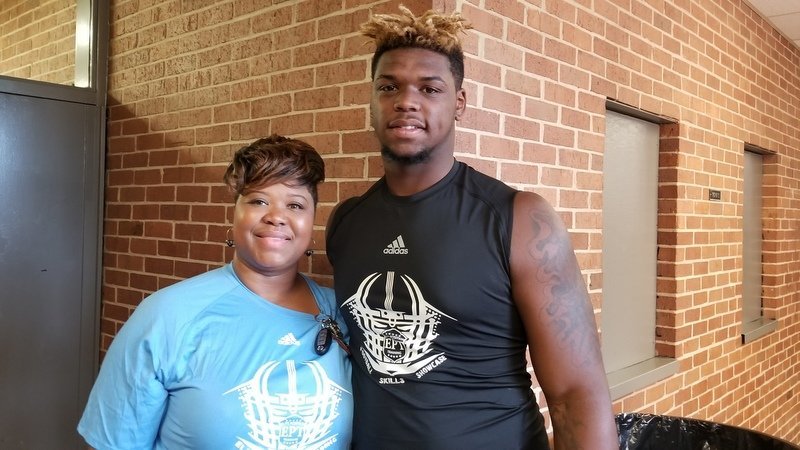 Pickens and Harris pose together Saturday at Irmo High School

That’s where Felicia Harris comes in.

Harris is Pickens' mother, and she works in a job where she constantly has to separate fact from fiction. When she sees something written about her son’s recruitment – writers espousing information that they’ve heard from “sources” – it makes her protective.

Harris and Pickens met with TigerNet Saturday morning at the EPT Showcase in Columbia, and she broke down the facts about her son’s recruitment.

How has the recruiting been to date?

“For me, it’s not been bad. I just don’t want a misrepresentation of my son. When lies are told and when false statements are written, I just can’t allow that. But, the recruiting process has been great. I think it’s all about what you allow and what you will entertain. It’s been great.”

Is there any one school that is recruiting harder than anyone else?

“To be honest, they all are going above and beyond and he couldn’t go wrong either way.”

Are there any leaders or is there a rush to make a decision?

“We’ve still got a little time right now. We’re concentrating on finishing up our year. This is our last ride. Coach (Jeff) Herron is an amazing coach, and I’m just curious to see how it’s going to go. He has a lot of things scheduled throughout the summer so it limits us from getting out.

Coach Bates spent a day at Hanna recently. What is it like working with him?

“That’s one thing about it and I know you’re a Clemson writer, but everybody is doing well. The bottom line is what’s going to be the best fit for Zacchaeus. At the end of the day, that’s what it’s all about.”