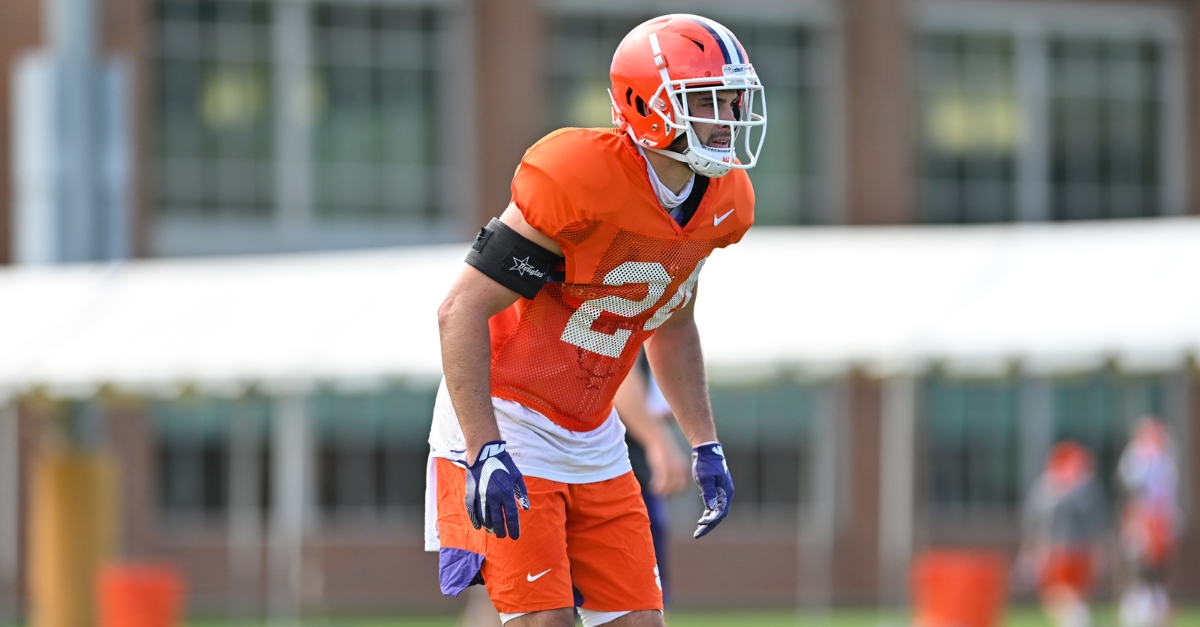 Turner watches for a pass during practice earlier this week. (Photo courtesy of CU Athletics)

Nolan Turner didn’t want to miss spring practice recovering from surgery, but now he realizes it might have worked out for the best. He’s not only healthy, he is more of a student of the game and feels like he will be a better leader because of it.

Turner enters the 2020 season credited with 124 tackles (5.5 for loss), 14 passes broken up, three interceptions (all in postseason play) returned 24 yards, a sack and a forced fumble in 973 snaps over 43 career games (four starts). The senior safety missed the spring, however, after offseason on his right shoulder.

Instead of moping around, Turner made it his mission to master the defense.

“I thought it was great for me to sit back and learn the defense as a whole. Pick up on mastering what everybody else is doing and not just my position,” Turner told the media Thursday. “When you can sit back and teach something, you ultimately master it. So I am sitting back there teaching the young guys what to look for here and what to do here, and just the defense as a whole. Ultimately, everything starts clicking and you get a great feel for it. The spring was a great time for me to sit back and just observe everything as a whole. I thought I took another step forward in my game during the spring just by watching and teaching.

"Throughout the spring I got to kind of sit back and coach up the young guys, be with them in practice, and giving them tips. The whole COVID quarantine deal was probably the best thing for me -- just gave me plenty of time to rehab on my own and get that strength back."

Turner is now the unquestioned leader of the secondary.

"As far as leadership goes, it's been great," Turner said. "These guys are just super bought in. We’ve got a great group of young safeties and DBs. Just super athletic and they've really bought in and really bridged the gap of inexperience throughout this quarantine with meetings and everything, so it's been a good time."

He loves what he sees out of the younger players in the secondary.

“They've all done a great job. Lannden (Zanders) has obviously stood out. He is very rangy makes a lot of plays...freaky athletic,” Turner said. "Joseph Charleston, Ray Thornton, both of them along with Jalyn Phillips. They've all done a great job learning the defense, and getting a bunch of reps and making plays out here you know, Joe's (Charleston) really caught my eyes, too. He is a thumper and he likes to hit. We've got some physical dudes back there. So, it’s been good to see."

The freshmen along the defensive line have also earned his attention.

“When you bring in guys like Bryan Bresee, Myles Murphy, DeMonte Capehart, Tre Williams, they look the part and look like they’re ready to play,” he said. “But they have to learn the playbook, get them some good-on-good experience and let them rep. It's all mental for them.”