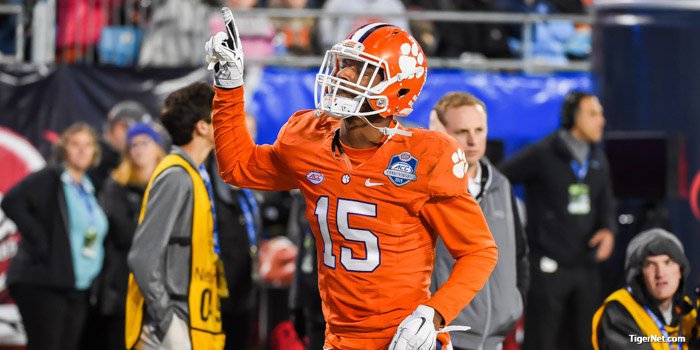 Green says he thinks he has the athleticism to play corner

T.J. Green has his sights set on the NFL Draft but still has visits to take and people to meet.

The former Clemson safety has been on the road for most of the last month, visiting with and talking to potential NFL suitors in advance of the NFL Draft, which takes place in Chicago on April 28-30.

“Yea, it’s just tiresome. I am in a different city every day, playing every day,” Green told TigerNet Friday. “It definitely gets tedious, and I am just waiting on the draft now. After I have those couple visits and meet with those teams and they get a feel for what type of person I am and then I will definitely be ready. It will probably be slow from that point.”

Green showed his particular blend of speed, size, and athleticism at both the NFL Scouting Combine and Clemson’s Pro Day, and now is projected to go in the first round to the Arizona Cardinals at the #29 selection.

“For me I try not to pay attention to those things because I will be excited just to get drafted,” he said. “Things happen the way they happen. Whether it is a first round grade or all the way to wherever they have me is exciting. It is exciting to have that first round talk but at the end of the day you just really never know where you are going to go.”

Green finished his junior season with 95 tackles, 5.5 for loss, broke up three passes and forced two fumbles. In 2014, he had 24 tackles and an interception. All of his snaps were at safety, but some teams are intrigued with the possibility of Green playing cornerback. 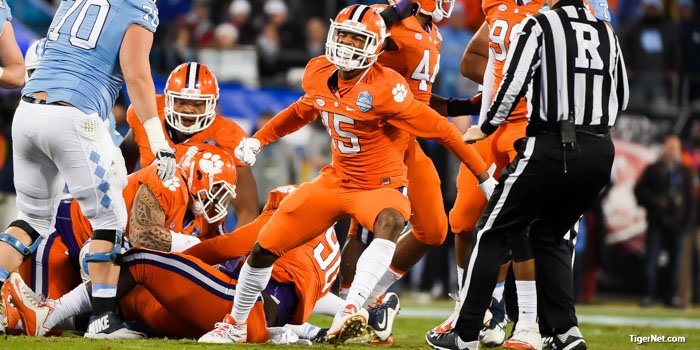 Green says he thinks he has the athleticism to play corner "

“A few teams have actually talked about that, about me being versatile and playing safety and corner,” Green said. “Just being able to if need me go out there and play corner. Say injury wise or I mean even some teams want me to start my career at corner. As of now I am a safety, but if they draft me as a corner, then that is where I’ll play.

“It would definitely take some work, but I would definitely be confident in my athleticism. It’s going to take some technique training and really strong, strong offseason leading up to the preseason. To make that switch, I’m not going to say it would be easy. It’s going to be hard for me, but I feel like if I really put in the work, I can always continue to learn, and work all the way up until the preseason then I can get a good feel of it and be able to play.”

In the meantime, he will continue to take his visits.

“I leave on Saturday to drive to Atlanta to visit with the Falcons,” he said. “Then after that fly to New York with the Giants, then from there to Houston and then from Houston to Seattle and that will wrap it up. “