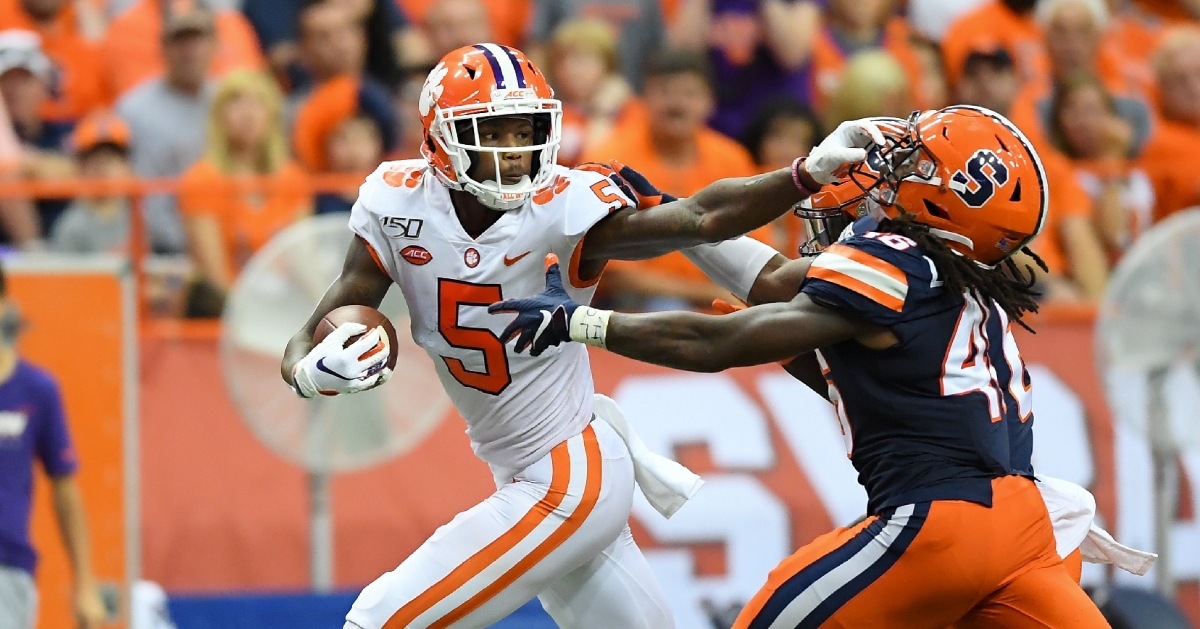 SYRACUSE, NEW YORK – It’s been 21 years since Syracuse last sold out The Dome, but for around 50 thousand Orange fans, it wasn’t the homecoming they were hoping for.

The Clemson and Syracuse game has been hyped for months after the last two contests have come down to the wire, but this year the Tigers were just too much for the Orange in the 41-6 drubbing Saturday evening in the Dome.

“First of all, I would just like to thank all 50,248 fans for coming out. What an amazing turnout in support of this football team,” Babers said after the game. “Unfortunately, we couldn’t bring home the win. That was a heck of a football team we played and when you look at the numbers, they beat us thoroughly. They haven’t lost in a long time, since 2017 I believe, and you can figure out why. It was a complete win on their part. We do feel like we have an opportunity to continue to grow as a football team and as bad as it may look, I feel like when it’s all said and done, we’re going to be one of the teams that people are going to talk about in 2019. That’s my belief and I’m allowed to have it without being tested by anyone.”

Babers said that despite a solid performance from the defense, the Syracuse offense never could get ahead.

“I really think that we played well defensively. Offensively, we didn’t score enough points to really make it a game and it’s always been something that we’ve been able to do against them,” Babers said. “We left a lot of meat on the bone out there. There were some balls that went through some people’s hands and some decisions that you wish you had back, and when you’re playing against somebody that hasn’t lost a bunch of games, you have to get ahead of them. You have to run a clean slate. You have to have a clean game against them. Again, I thought the defense played good enough for us to make it a game and I’m obviously a little disappointed in the point production. We had the ball on the three-yard line, we ran it in there two times, and we hardly got anything. You want to get mad, but the bottom line is that this is a really good football team.”

Syracuse quarterback Tommy DeVito said it didn’t matter what the offensive line did, Clemson was bringing pressure every chance it got.

Senior running back Moe Neal said the game got away from Syracuse because of lack of execution.

“We just didn’t execute, and when you don’t execute against the No. 1 team in the country, that’s what happens,” Neal said.