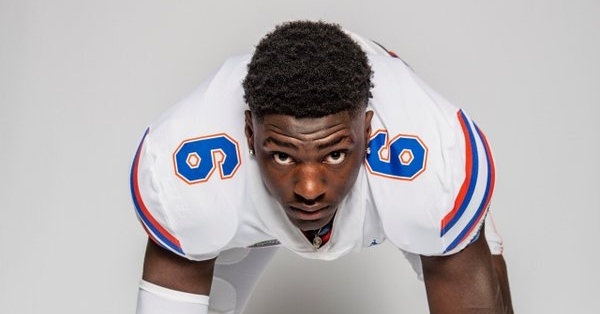 One in-state defensive end prospect is drawing interest from Clemson, a team that is now searching for a second end in the 2021 recruiting class.

Justus Boone (6-5 250) is a 3-star 2021 prospect out of Sumter who has been committed to Florida since late February. And he is still committed.

But he didn’t shut down his recruiting with that commitment, and he hasn’t done so yet.

Clemson has been on and off with Boone. The Tigers have not offered but recently resumed communications through defensive tackles coach Todd Bates. The Tigers parted ways with defensive Korey Foreman Tuesday – Foreman wants to take official visits during the fall – and plan on taking a second defensive end in addition to Cade Denhoff, who committed earlier this year.

What is the message from Bates?

“Just asking where I was academically and stuff like that, and he was still recruiting me,” Boone said. “This is not the first time they’ve reached out to me, so I don’t feel much different than when they talked to me before. They just recently reacquainted themselves with me.”

South Carolina is an area school that has been a constant with Boone. The Gamecocks were the first to offer and despite the Florida pledge, Will Muschamp and his staff have not let up.

“I’ve really been talking to a lot of different coaches,” Boone said. “Mainly Coach Muschamp and the D-line coach. They are telling me they want me there, just really recruiting me.”

Boone said once he can, he will take his five official visits before finalizing his plans. He’s basically set on where he wants to visit.

“I’m going to take all my official visits this year,” Boone said. “Florida, Tennessee and Arizona State, and I’ve got to think about the other ones. If Clemson opens up the recruiting, then it’s possible that I’ll take one of my official visits there. And South Carolina is possible for an official, I haven’t thought about it yet.”

Boone is rated a three-star prospect in the 247Sports composite and is the No. 1 ranked prospect in South Carolina.