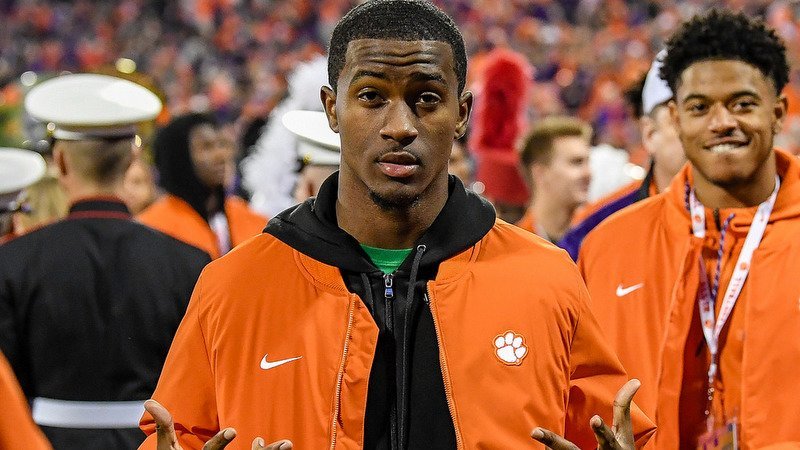 Sheridan Jones is looking forward to being coached by Rod Woodson

Three of Clemson’s top commits for the 2019 recruiting cycle will soon get the chance to play south of the border.

Linebacker Bryton Constantin, quarterback Taisun Phommachanh, and defensive back Sheridan Jones have all been selected to travel to Mexico City to play in the inaugural Pro Football Hall of Fame World Bowl.

The bowl will take place at Azul Stadium in Mexico City on Dec. 22 and air on CBS Sports Network on Dec. 27 at 7 p.m. ET.

The rosters are comprised of players from the United States as well as international athletes from Mexico, Canada, the Netherlands, and France.

“They reached out to me and we went through the Pro Football Hall of Fame in Canton, Ohio, and they said they wanted us to be part of the first class for them. We will be the first group to help this take off,” Jones told TigerNet.

Jones said he’s never been anywhere outside of the U.S.

“This will be my first time leaving the country,” he said. “I had to get a passport. We had to get our own passports, but everything else is paid for.”

What are his thoughts on being able to travel to Mexico with two of his future teammates?

“It's wild. I am really excited to get out of the country and compete in Mexico and just have fun,” Jones said. “We are going to have practices but we are going to have free time to tour around and get into some things. I don't know any of the details just yet.

“They might end up putting us together. Taisun is going, too, and we are definitely going to be around each other down there.”

He is also looking forward to getting coached by Rod Woodson, the former Pittsburgh Steeler.

“Just having fun getting coached by some great coaches. One of my coaches is Rod Woodson, who was in the league, Jones said. “We are going to be coached by some of the best coaches and we'll have competition and a lot of fun.”

Following the trip to Mexico and the holidays, Jones will head to Clemson on January 6th and he says can’t wait to get on campus.

“It’s important to me to get there early. Just learning the fundamentals and learning the team and things like that,” Jones said. “Also, I'm looking forward to the academic part and getting started on my degree. The coaches have told me they are ready to throw me into the fire. Whether Trayvon (Mullen) leaves or not, they've told me I need to come in and be ready to play.”