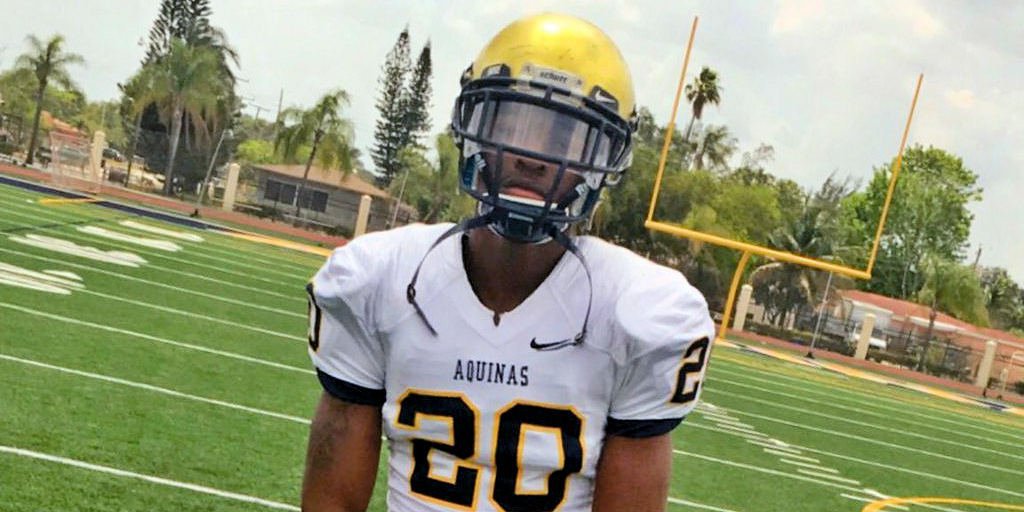 Benny Sapp says the Tigers lead, along with Florida

Clemson offered Benjamin “Benny” Sapp III about a year ago, but it wasn’t until he saw Clemson play in person that he understood what Clemson has to offer.

Sapp is the son of former NFL cornerback Benny Sapp, Jr. and currently holds offers from over 20 schools, but it’s Clemson and Florida that stand out above the rest.

TigerNet caught up with the 2018 Fort Lauderdale (FL) St. Thomas Aquinas cornerback Friday night, and he said that despite being shocked by the offer the Tigers are out in front for his services.

“I was like, 'Wow, this is crazy!' I had heard good things about Clemson, but I never would've thought I would get an offer,” Sapp told TigerNet recently. “I would say Florida and Clemson right now. They are probably 50/50 right now.”

The 5-10, 160-pound prospect has spent the last year learning everything he can about Clemson.

“I knew about Clemson, but I hadn't really gotten into it yet,” Sapp said. “They started sending me mail every day, and I looked it up. I saw all of the stats and all of that good stuff.”

However, it was the play of former defensive back and current Minnesota Viking Mackensie Alexander that really got his attention.

“I watched a couple of the games and saw the national championship,” he said. “When I first watched them live at Miami, I was watching Mackensie Alexander. He's a shutdown beast. When I watched him play, I started to see myself in him a little bit, and I can see myself playing Clemson.”

And, now Sapp said he’s focused on building a relationship with defensive backs coach Mike Reed and seeing Clemson for himself.

“I've learned that they're a family school, number one,” he said. “The defensive backs coach, Mike Reed came down to see me, and he was telling me about how they are all about family. I can go to church, and I really like that. I would say that in September when we can really talk, we can build a really good relationship. I hope to get up there this summer for a visit.”