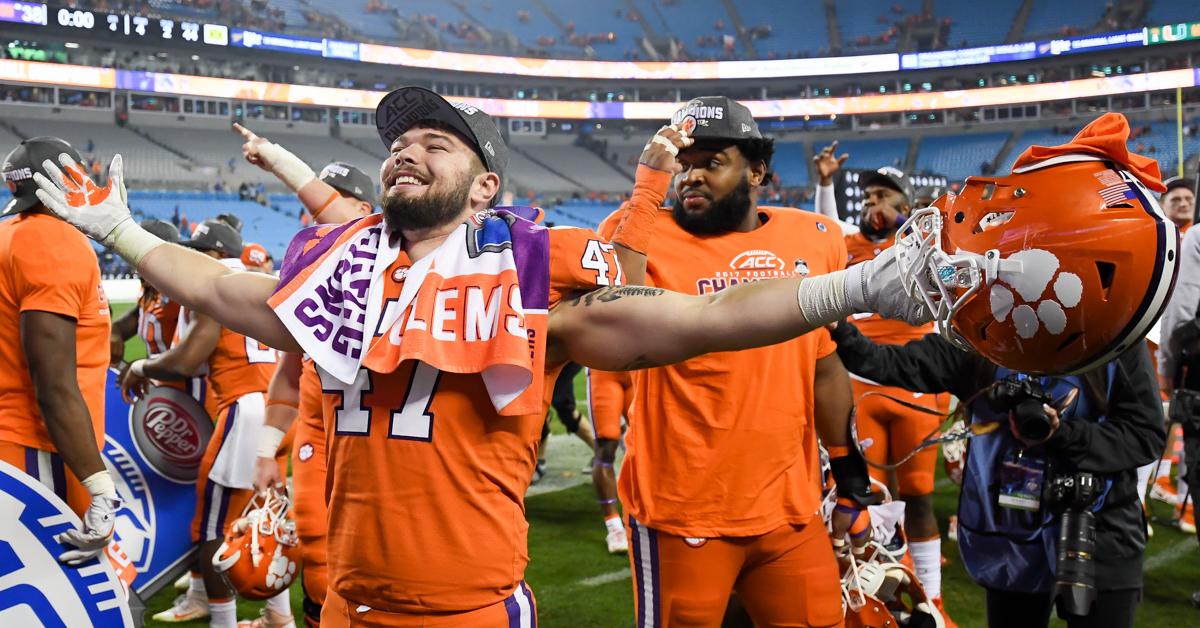 Skalski was able to play in four games last season

CLEMSON – James Skalski knows that people around the country don’t expect the Clemson defense to be worth a damn this season, and he doesn’t care. Why? Because he knows they’re wrong.

The Tigers have to replace several defensive starters from a year ago – including two starting linebackers and four key reserves at the linebacker spot – but Skalski isn’t worried. He knows the Tigers have talent.

“I don't think anyone expects us to be worth a damn because we're young, but that's not what we really care about,” he said. “We know what we have. We know the kind of players that we bring in and all we can do every day is to continue to put our best foot forward and continue to get better. If we keep doing that - stacking good days on top of each other - we're going to be ready.”

Skalski said he stays away from social media and the negativity.

“I try not to read all of that and we don't really get on social media now,” he said. “It's awesome when you hear that from Coach Swinney. I'm just trying to learn from Coach V every day, get better every single day, stack one day on top of another and when the time comes, I think I'll be ready.”

Skalski redshirted last season but was still able to play in four games, and he says he had the best gig on the team in 2018 after playing against Georgia Tech in September and then playing in the ACC Championship Game, the Cotton Bowl, and the National Championship.

“At the end of the spring last year, we knew about the new rule and it was a thought. We knew how deep we were at linebacker and that was an idea we had to redshirt me before the injuries even happened and I would play in those four games,” Skalski said. “The plan was to play in the last four and then to have two more years of eligibility because we lost six guys. That was the plan before the injuries and everything just took the course it did, so that's how it worked out.

“It was the best gig. I got to play in the best four. It was really cool and I was ready. I was playing scout team because I was just standing there and I told Coach V that I would play tight end and give Tanner Muse a run for his money every day, so that's what I did.”

Relationship with Coach Venables and the decision to redshirt

“When you play here, everyone is really tight and you trust what they're trying to do with you and their plans for you. Me and V, he really talks to you one-on-one, so I had a really good understanding of what his plan was and what he wanted to do, so I was on board. The competitive side of me was not but if that's what was best then let's do it.”

On what he brings to the defense

“I think the physicality that I bring - all out all the time. Just plowing through people, that's what I try to do. If you're doing anything wrong, don't be soft. That's what my mindset is. The one thing that my game is built on is being physical.”

“That's quite the compliment. I just feel like he means a guy that's been learning over the last three years from guys who have been doing it at a really high level. In due time. I feel like I've learned a lot. He's pretty much just saying I'm ready for the big lights and I just hope I can live up to that.”