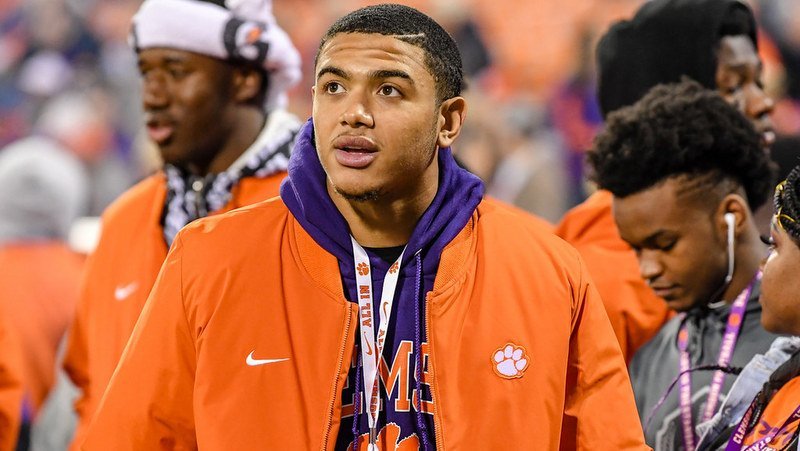 Constantin hopes to be ready for 2020.

Linebacker Bryton Constantin arrived on campus knowing he would have to redshirt the 2019 season after suffering a torn ACL in high school. His hope was that he would be recovered enough to play by late October and appear in a few games before the end of the season. Another torn ACL ended those hopes, but he’s on track to be ready by the start of fall practice in August.

Constantin is a former four-star prospect in the 2019 class who arrived on campus in June. He originally tore his ACL in February playing basketball, and he was eyeing a late October or early November date as a potential return to action. However, he tore the ACL again in September and was forced to miss the entire season.

He sat down with TigerNet to discuss the season:

“I’ve been doing really well though. I started running in Phoenix around the track the first time back at practice. I’m doing pretty well. The next stage is really doing therapy every day. I already went through (the injury comeback) once so it will be everything over again.”

“Truly just a mental game. The doctors in today’s world, I know they know what they’re doing when it comes to surgery. I’m not really worried about that. I’m worried about my mental game. A lot of people would expect me to fall off. Not really be up to date and be able to come back in play. I just want to let everyone know it’s the complete opposite. I’m going to stay engaged and around my teammates to feel like I’m a part -- so whenever I come back, it will be like I never left.”

Best parts of his game

“As much I really want to see that (showing best parts of game), I just want to be great, I’m just going to tell the Clemson fans that I’m going to do my best to be great and win national championships to come and can’t wait to you guys out there.”

Role with the team during the rehab process