These guys are gonna be on the loose this weekend

Logizomechanophobia. Yes, that is a thing, and yes, Dave Doeren has it.

In case you missed it, Doeren was in the midst of coaching last year’s game against Clemson and looked over and saw a laptop close to the Clemson sideline. He broke out in a cold sweat, shook, and shivered and became extremely nauseous. It was at that point that Wolfpack team doctors diagnosed him with Logizomechanophobia, or the fear of laptops.

After the game, still in a daze after his near-laptop experience, Doeren wanted to blame the laptop on the loss to the Tigers. Eyes bulging and spittle flying out of his mouth, he accused the laptop of throwing the late interception that doomed the Pack.

With that in mind, some of the people who follow the Tigers wanted to make sure we arrange something special for Doeren this weekend. I went out to a local PC repair shop and asked if they had any old laptops that were destined for the local scrap heap. They did, and I bought 40 of them.

We’ve arranged to put the laptops in different locations this weekend. We have placed googly eyes on all the laptops, and the first one will be waiting for him on the front seat of the team bus. Another will be waiting for him – staring intently into his soul – once he arrives in his hotel room in Greenville. There will be another sitting in his shower, and on and on and on. 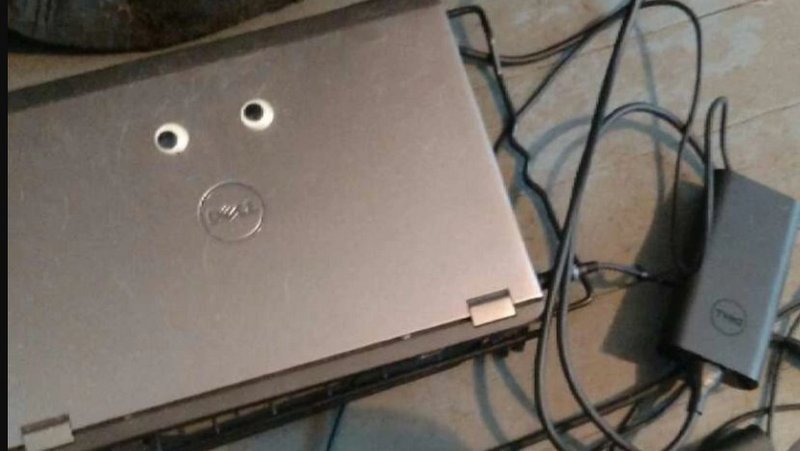 These guys are gonna be on the loose this weekend "

There will even be one waiting on the sidelines at Clemson. At least for a little bit.

Sorry, Dave. You’re a good coach, but you make it too easy.

Now, onto some picks.

Jim Harbaugh has done an excellent job of keeping his players away from chicken this season and they’ve quickly turned into a media favorite despite the season-opening loss to Notre Dame. This week is a brotherly fight against the Spartans, who’ve also risen from the ashes to earn a national ranking. The guess here is that Michigan finds a way to win this week, but it won’t be easy. KHAKI PANTS 24, SPARTY 17

One of these programs is a mess, dealing with the fallout of a disastrous coaching hire and the overburdening expectations of the fan base. The other one is Ole Miss, a program that is trying to overcome a few bad decisions of its own. The bad news for Auburn fans is that Gus Malzahn has a $38 million buyout – imagine the big-time defensive recruits they could bring in with that kind of cash lying around. The Gus Bus has had engine trouble the last few weeks, but fans will be putting sugar in the tank after the loss to the Land Shark Rebel People. OLE MESS 34, GUS BUS 30

I kinda get the feeling that whether the laptops have googly eyes or not, this one is gonna get ugly. The Wolfpack have yet to play anyone with a pulse, while the Tigers have been tested on the road and at home. The feeling around here is that this will be a statement game for the Tigers, who will put up points in bunches and stymie the Pack attack enough to pull away for the win. Logizomechanophobia indeed. CLEMSON 38, NC STATE 14

Oh boy, two of the worst teams in the ACC play this weekend in Tallahassee. The Turnover Backpack is still the most ridiculous thing we’ve ever seen, and it might help out a little bit against a Wake Forest team that has battled injuries and a very loud Clemson band. Yes, that’s right, much like laptops caused the loss to Clemson for NC State last season, this season the Clemson band caused the Demon Deacons to lose to Clemson. If FSU wants to win, they will not only have the Backpack but they will instruct the band to play loudly. What is it with all these weird ACC coaches? FSU 34, WAKE 20

The Gamecocks had another tough loss last week, and this week they get the dreaded open date. The Gamecocks will get off to another bad start as the Open Date tight end drags several of the smaller Gamecock defensive backs down the field, and Jake Bentley throws another red zone interception. The bad news for the Gamecocks going forward is that even against air – which the Open Date secondary is just air – the best receiving corpse (hahahaha, see what I did there) in the FREAKING NATION will still drop passes. Apparently, they have Pedaspheraphobia, which is a fear of football. Would I kid about a thing like that? GAMECOCKS 0,OPEN DATE 0