One of the nation’s top receivers for the 2017 recruiting cycle put on a show last weekend at the EPT Skills Showcase at Newberry College, putting the rest of the state on notice that he’s one of the Palmetto State’s best players.

He also has Clemson on his mind.

Mount Pleasant (SC) Wando standout OrTre Smith was one of the top performers at the showcase last weekend, showing why he’s ranked as the No. 231 player nationally in the ESPN300 and has offers from schools such as Charlotte, Clemson, East Carolina, Florida State, Georgia Tech, Louisville, Mississippi, Oklahoma, South Carolina, Tennessee, Vanderbilt and Wake Forest.

Smith told TigerNet that he will visit Clemson this weekend, returning to the place where his mother starred - Tashia Greene was named MVP of Clemson’s volleyball team in 1989.

“We were supposed to go up this past weekend, but I had schoolwork to do so I couldn't make it,” Smith said. “I've visited before multiple times. I've been going there since I was a kid. My mom went there. I like the family atmosphere.”

This summer Smith plans to visit at least Notre Dame, USC and Clemson, in addition to participating in the Rivals Five Star Challenge.

Clemson’s coaching staff has reenergized its efforts in recruiting Smith, a Clemson legacy, as his recruiter of record, Tony Elliott, has already stopped by his school during the spring evaluation period. Smith says he is keeping all of his options open heading into the summer. 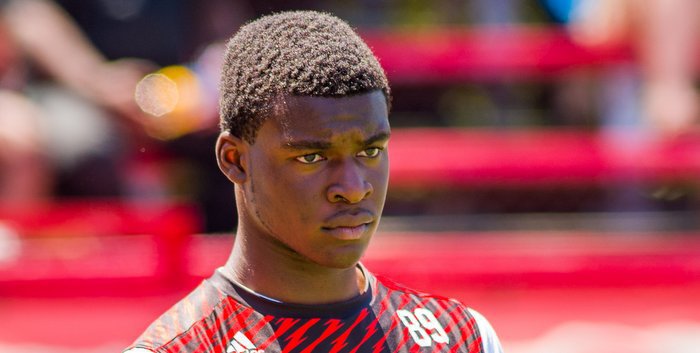 “I'm still interested in everyone,” he said. “Soon after spring football, I'm going to narrow my list down to six schools or so. I'll probably make my decision in December.”

Smith works out at EPT Showcase

The Tigers are never far from Smith’s thoughts, however, and he told TigerNet what keeps Clemson at or near the top of his list.

As a sophomore, he caught 28 passes for 441 yards and four scores