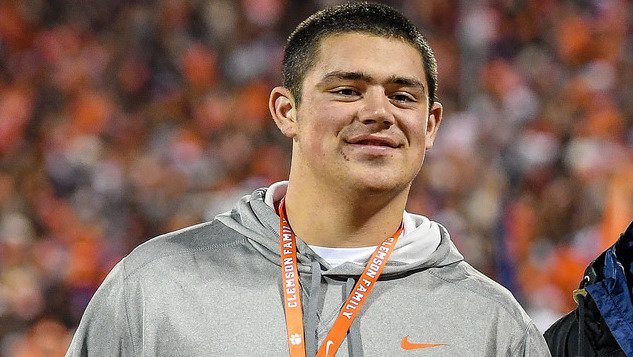 The nation’s No. 1 recruit came away from last weekend’s visit impressed.

Five-star 2020 defensive end Bryan Bresee of Damascus (MD) is ranked as the number one player overall by 247 and as the nation’s number one defensive end (and fifth overall) by Rivals, and he has an impressive list. He recently trimmed his list of favorites to six, and Clemson is battling the likes of Georgia, Penn State, Ohio State, Alabama and Michigan for Bresee’s services.

He was on hand for last weekend’s elite junior day.

“That definitely helps. They have had some really great players and they have three that might go in the first round this year,” Bresee said. “That is big. Coach Bates and Coach Venables are doing a really good job.”

He was also impressed with Swinney’s speech that ended the day.

“It was awesome,” he said. “There haven't been many places I've been where the head coach stands up and talks to you for almost an hour. That was pretty cool.”

He will make a trip to Georgia on the 16th and hopes to make it back to Clemson for the spring game. Where do the Tigers stand heading into the spring?

“I have my top six, but Clemson has definitely made an impression on me, especially after that last visit,” he said.