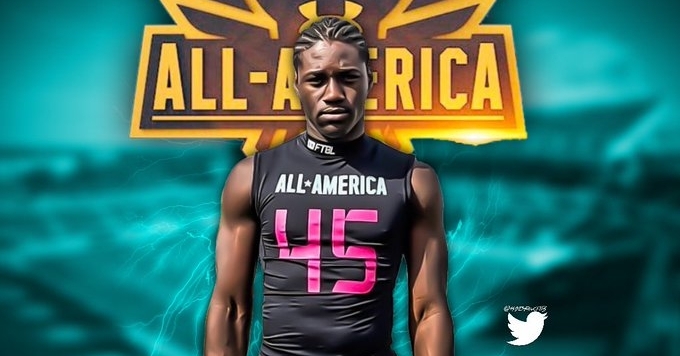 Clemson recently offered the nation’s top defensive end prospect for the 2022 recruiting cycle, adding to a long list of impressive offers -- but that’s OK. Shemar Stewart is taking his time with the decision making process.

The 5-star out of Miami (FL) Monsignor Pace High School is listed as the No. 1 player in the state of Florida by 247Sports and is rated as the top strongside defensive end prospect by that scouting service. Clemson recently reached out with an offer.

“Coach (Lemanski) Hall reached out to me,” Stewart said. “He said he had watched my film and he loved my abilities and my potential. The Clemson offer means a lot to me. It means I have the ability to play at that level and that is a reward for all of my hard work.”

What does he know about Clemson?

“I can't wait for all of this to be over so I can see all of these schools,” Stewart said. “I want to see a school that has a good environment and good educational opportunities as well as a place where you can succeed on the field.”

Which schools are recruiting him the hardest and have the early lead on the field?

“Georgia, Alabama, Clemson, LSU, Miami, Tennessee, Florida, and Penn State are probably the schools that I talk to the most,” Stewart said. “I would say Clemson would be one of my five official visits if we can take visits during the fall.”

However, he isn’t in a hurry to make a decision.

“I really don’t know when I will begin to narrow things down, but nothing too soon,” Stewart said. “I would say when I start taking visits to campuses and seeing what each school is like then I will start thinking about narrowing a list down or even making a decision.”

He tallied 15 sacks with 48 total stops as a sophomore.